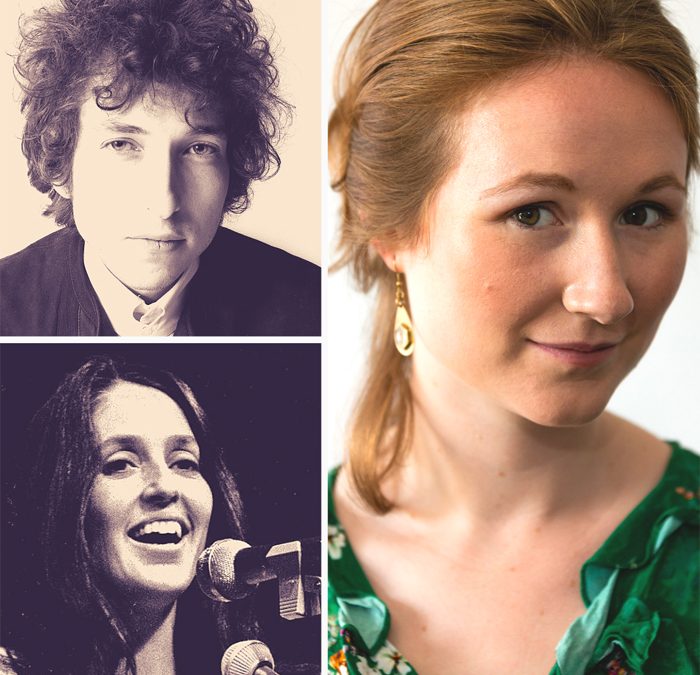 Abbey Road artist Saskia Griffiths-Moore is launching her ‘Baez/Dylan & Me’ album at the Green Note!  Bringing her all-star band to play out the classics of the folk era, and a few original numbers, this will be a night of celebration and sing-alongs!
Starting out in life as a Harley Street therapist, she is now often compared to a young Joan Baez and Joni Mitchell for her clear vocals and melody-led songwriting and her original songs draw on Roots, Americana and Folk influences. In the last four years as a full time, international touring artist, she has been featured six times on Sky TV’s Folk Show (2017, 2018), and her both her albums have found their way onto national BBC radio, as well as garnering 4&5 star reviews in RnR and Maverick Magazine.
Awarded 3 grants from Arts Council England, as a proudly independent artist Saskia has also managed to pull on the heartstrings of her fans to crowdfund her projects on Kickstarter, and has proven to be one of the most popular, fan-funded music creators on there. She currently flaunts two guitar endorsements, and remains a resident of London, which fulfills her need for culture but not nature, and she tours years round if for no other reason, than to enjoy the scenery.