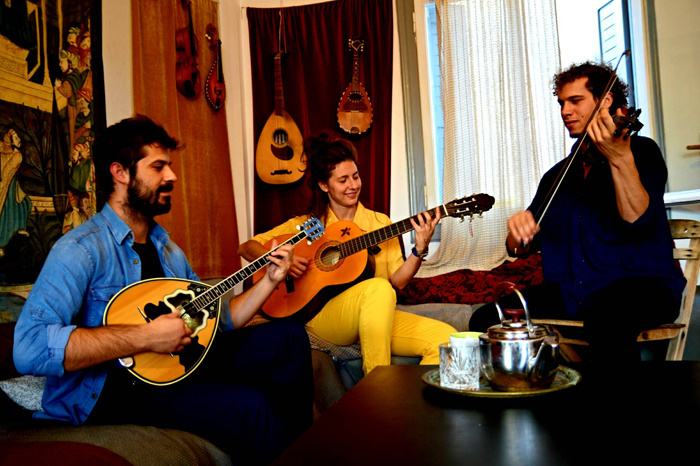 Credited for her work with the renowned composer Antonis Apergis amongst other numerous collaborations, she brings her quartet to the U.K, travelling with the sounds from the Greek Rebetiko tradition and the folk music of Minor Asia. Her quartet features some of the most in demand musicians of the Athenian Rebetiko and folk music scenes: Glafkos Smarianakis on the violin, Alexandros Kentris on the Greek bouzouki and U.K based musician Thodoris Ziarkas on the double bass.

Together, they bring to life what is known as the blues of Greece, with
songs depicting urban scenes from the early pre-war years, ranging from unrequited love to the harsh reality of drug-ridden poverty.