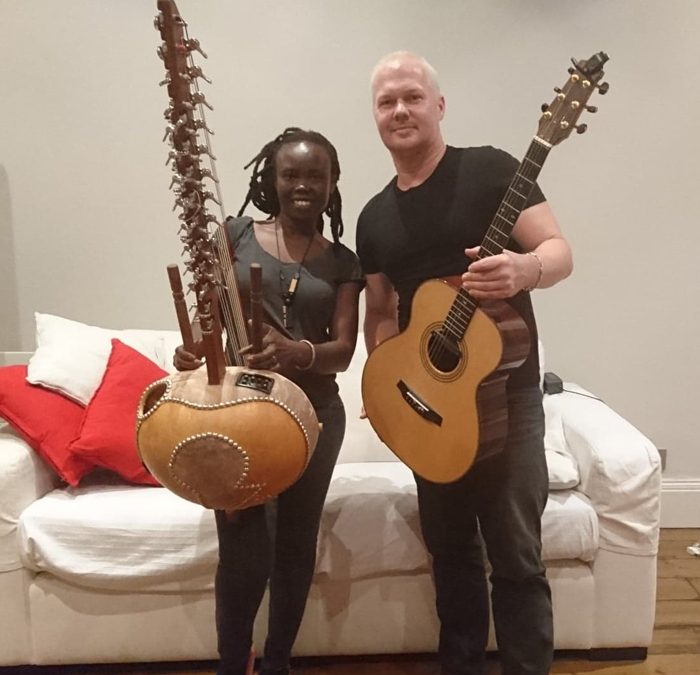 Undoubtedly one of the most exciting and ground breaking contemporary blues artists, Ramon Goose is constantly looking to extend and expand his musical horizons. Having previously performed with the likes of Eric Bibb, Boo Boo Davis, Eric Burdon and Pee Wee Ellis, Ramon has been on a musical journey over the past few years discovering and channelling the sounds of Africa through his own unique filter. His music is the apotheosis of that journey, as old-school blues in the tradition of Skip James, John Lee Hooker and R.L. Burnside collide and meld with hypnotic grooves and melodies from the Sahara, telling stories of refugees and contrabandiers, danger and freedom. His latest album ‘Long Road To Tiznit’ was voted one of the best albums of 2018 by Downbeat Magazine (USA).

Although born in the suburbs of Dakar, Senny grew up in the village where her grandparents lived. Throughout her childhood, she was lulled by the traditional West African music that still feeds her soul today. When she was older she was spotted by professional Senegalese musicians who were seduced by her authentic voice. Since this time she has developed her own music with diverse musical influences such as: Nina Simone, Ali Farka Toure and Wazize Diop. Later relocating to Paris she has continued to perform and keep alive her traditional music on voice, kora and guitar. Her music has a timeless feel which is led by her captivating soulful voice.

This project brings together these two experienced and diverse artists in a way which is original and refreshing for the mind, body and soul.