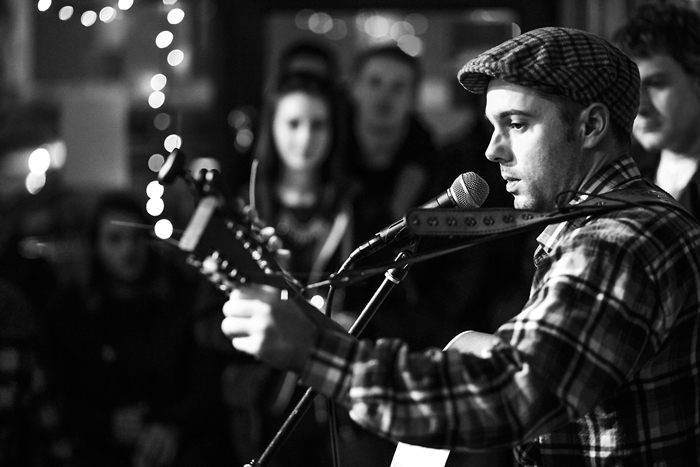 Raised in the Dales village of Addingham, Sam began performing in and around Leeds in 2004, with word spreading further afield with the release of his 2009 debut album Close To Home. Performing at SXSW in Austin, Texas in 2010, he has toured the US widely, usually in the company of friends and fellow skaters The Pine Hill Haints. Along the way, Sam has shared stages with the likes of Katherine Tickell, Lucero, The Young Un’s, Joe Burski, Frank Fairfield, Deer Tick and Karine Polwart, and received airplay and praise plaudits from the BBC’s Bob Harris, Gideon Co, Marc Riley and Mark Radcliffe.

“The sustained brilliance of this playing is really something to behold.” Bob Harris, BBC Radio 2

“Songs that rattle with the ghosts of Appalachian folk, and southern blues, yet sound emphatically English.” Uncut Magazine

“His well crafted original songs are accompanied by his own sparkling clawhammer banjo or dextrous 12 srtring guitar picking.” Froots magazine.