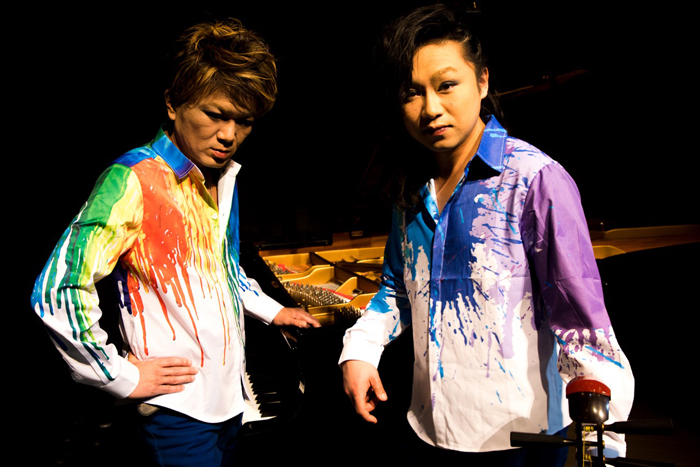 An evening of Japanese traditional music and Japanese pop songs!

Shamipia
A unique and outstanding collabo-unit by Shamisen player Keisho Ohno and pianist Mamoru Motooka. While Keisho adheres to his motto “Upholding AND destructing traditional music”, Mamoru exhibits keen presence in the fields of jazz, rock, pops and classical music. Together they have been enjoying attention both home and abroad by touring France, Italy, Luxembourg and Switzerland in 2017.

Support from Naomi Suzuki & Hide Takemoto
Naomi Suzuki is one of the most well known Japanese singers in the UK. Naomi performs a special blend of UK dance, chill out and J-pop at various big events in the UK.
Also Naomi is is well known for her charity single and ongoing fundraising activities in support of the victims of the Japanese Tohoku Earthquake and Tsunami disaster.

Hidè Takemoto started performing in the U.K., Europe and Japan in 2006.
Inspired by his guru, the great virtuoso and composer Keigo Fujii, Hide’s guitar technique can be traced back via José Luis Gonzaléz, Andrés Segovia, Miguel Llobet to the great Francisco Tárrega.
Followed by his debut CD “FOUR SPRINGS”, Hidè has performed many gigs, festivals and has acquired international recognition.