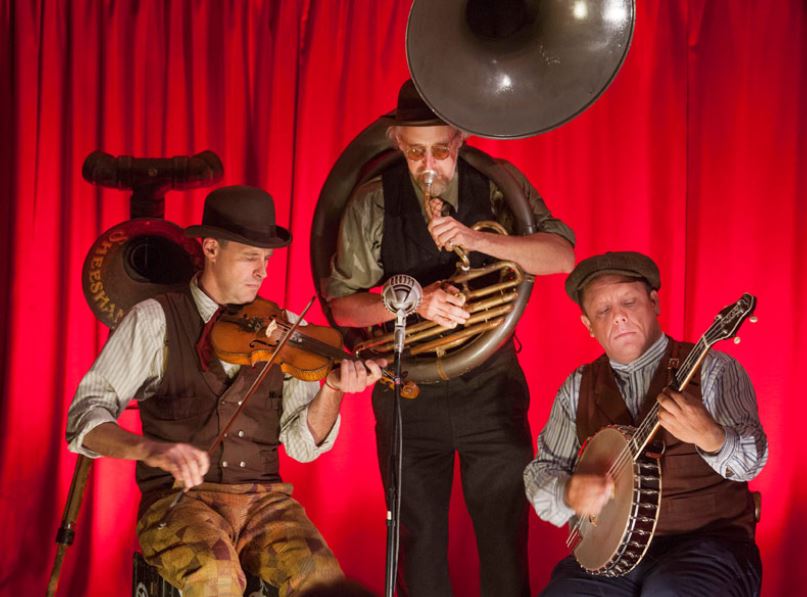 SHEESHAM & LOTUS & SON: They are renowned as one of the hottest and most entertaining old-time bands on the circuit, delivering visual delights as much as a virtual musical kick up the pants.
The UK’s fRoots magazine, has raved about them as “wondrous old-time stylists – a modern-day Mississippi Sheiks” and, reviewing one of their legendary ‘live’ performances, Maverick magazine said simply: “Hugely entertaining – they stole the show!”

They made their first ever trip over the Atlantic to appear as one of the main visiting acts at Denmark’s mammoth Tonder Festival last year and went down so well they got an immediate invitation back in 2015.

After making their UK debut, the reviews were glowing.

“A delicious brew and all in all a lovely, inspiring and slightly manic treat,” said fRoots magazine, while BBC Radio 3 World on 3 presenter Mary Ann Kennedy said they were “the first Americana band in a long time that’s really made me sit up and pay attention.”

Cerys Matthews at BBC Radio 6 urged everyone to “catch them if you can,” while top music writer Jeremy Searle added: “Authenticity’ is a much over-used, abused and misunderstood term but these three ooze it!”