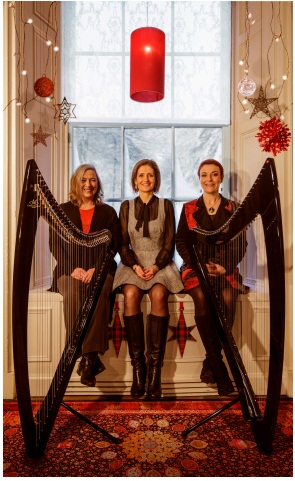 Shine’s Mary Macmaster, Corrina Hewat and Alyth McCormack will perform a very special Christmas tour in December 2015. The girls whose accolades include The Chieftans, The Poozies and the Unusual Suspects will be touring their Christmas album ‘Fire and Frost’.

The show is packed with warming classic seasonal songs which sit alongside their own spectral songwriting: Harps and harmonies, lush vocals and Christmas sparkle great celebration of the festive season.

“Shine shone vocally, their twin electro harps used effectively but minimally in a set that entwined the voices in brave, original arrangements of songs.” Norman Chalmers, The List