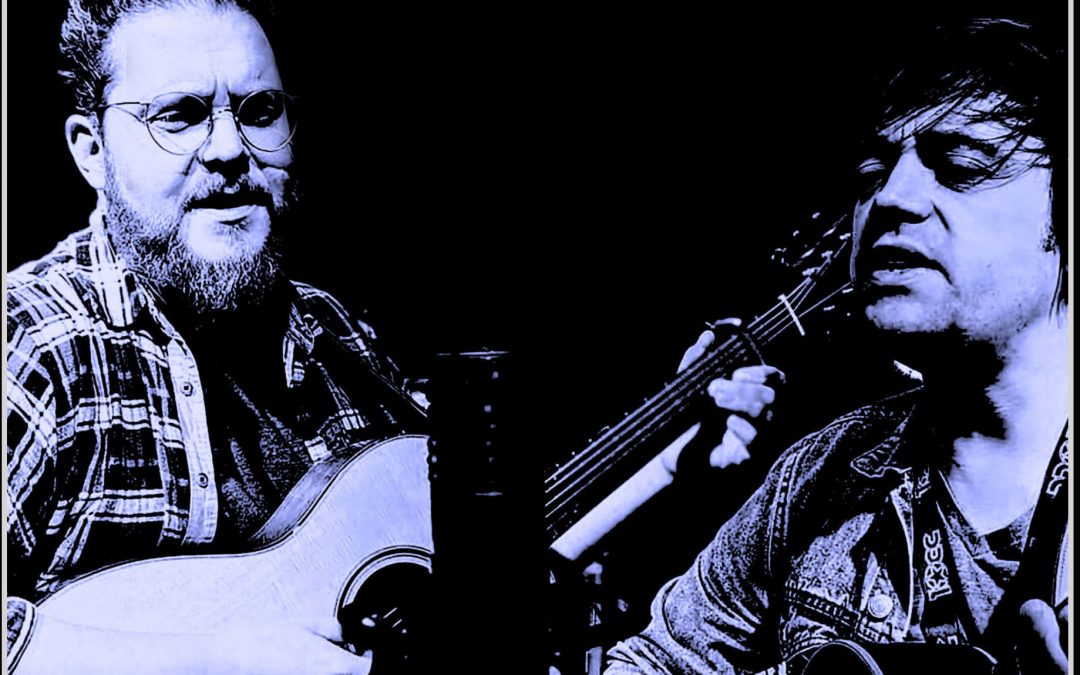 Ben Smith and Jimmy Brewer met at an event organised by Joan Armatrading for the acts she had chosen to support her on her 2015 tour. Although they originally planned to just write together, they soon realised that their playing styles and voices complemented each other and they started playing together after their inaugural gig supporting Joan Armatrading in front of a thousand-strong crowd.

Since then, they have played together all over the UK, notably as the support act to 10cc and Ralph McTell on their 2018 U.K tours, at Fairport’s Cropredy Convention 2018, the 2018 Cambridge Folk Festival and the UK Americana Awards Showcase in 2017 and 2019,, as well as at the AmericanaFest in Nashville in 2017. They also contributed backing vocals to Ralph McTell’s New Album, which was produced by Tony Visconti.

They have recently finished work on their debut album, Another Shade Of, which was recorded at Coltsfoot, a friend’s barn which they converted into a studio for a week. This allowed them to record together live both as an acoustic duo and a full band. The tracks were mixed by Ben and Jimmy and mastered by David Mitson (noted for his work with Michael Jackson, Willie Nelson and more).

Jimmy’s inspiration for his song-writing career came from his desire to move beyond his rural upbringing and follow in the footsteps of the musicians who shaped his interest in playing as a young child, including The Rolling Stones, Elvis Presley and The Everley Brothers.

Ben has also been writing and playing from an early age, and despite his original desire to learn the banjo being thwarted, he threw himself into the guitar in an effort to emulate his musical heroes: BB King, John Martyn, Jerry Reed and the Grateful Dead.