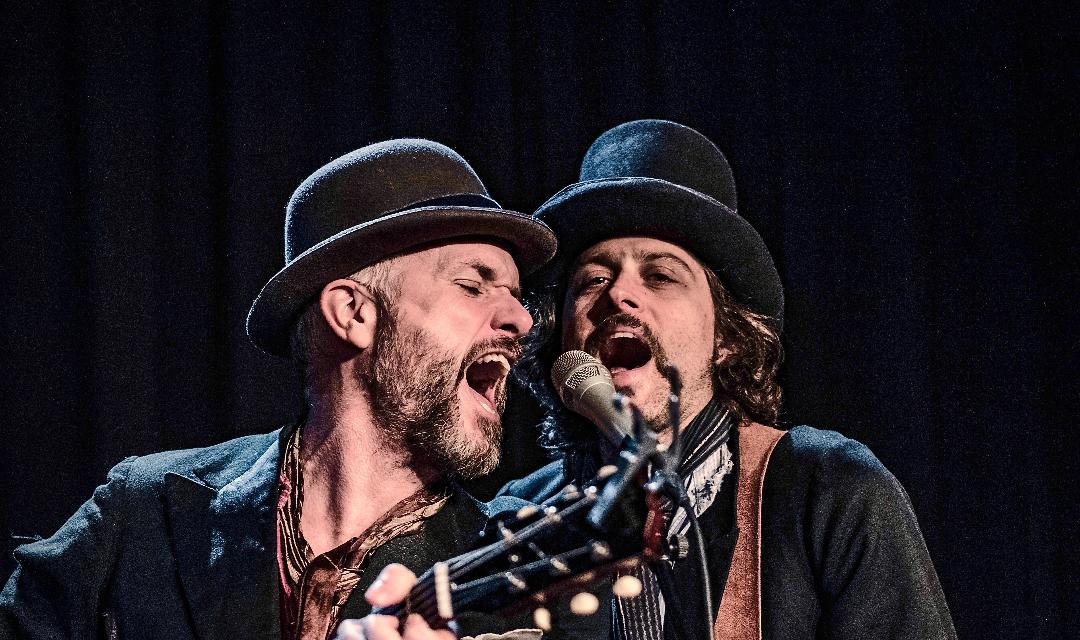 Meet SON OF TOWN HALL, the unusual time-traveling, trans-Atlantic union of Ben Parker of London, England, and David Berkeley of Santa Fe, New Mexico. Imagine if Simon and Garfunkel were lost at sea, salt in their beards, wind at their backs, and whiskey in their bottles. That’s the world created by this utterly charismatic duo, a world that transcends time and space, complete with Victorian-era outfits, meditations about the ocean, and songs that beg you to sing along. A Son of Town Hall show is more than a concert, it’s an immersive experience that will transform and transfix, filling your heart with laughter and tears, drunk on adventure and the tragic beauty of the human condition. Trust us. You’ll never see anything quite like Son of Town Hall. Join the journey.

“Nothing less than amazing…Equal parts care and craftsmanship, joy and sorrow, it is a splendour to behold….They simply exist on a different plane than everyone else, as does their album.” – Folk Radio UK

“It’s part balladry, part performance art, and totally cool.  American singer-songwriter David Berkeley and Brit Ben Parker have taken a step back in time with the creation of Son of Town Hall. Think Simon & Garfunkel lost at sea, and you get a sense of the mythic world at play here.” – Philadelphia Inquirer