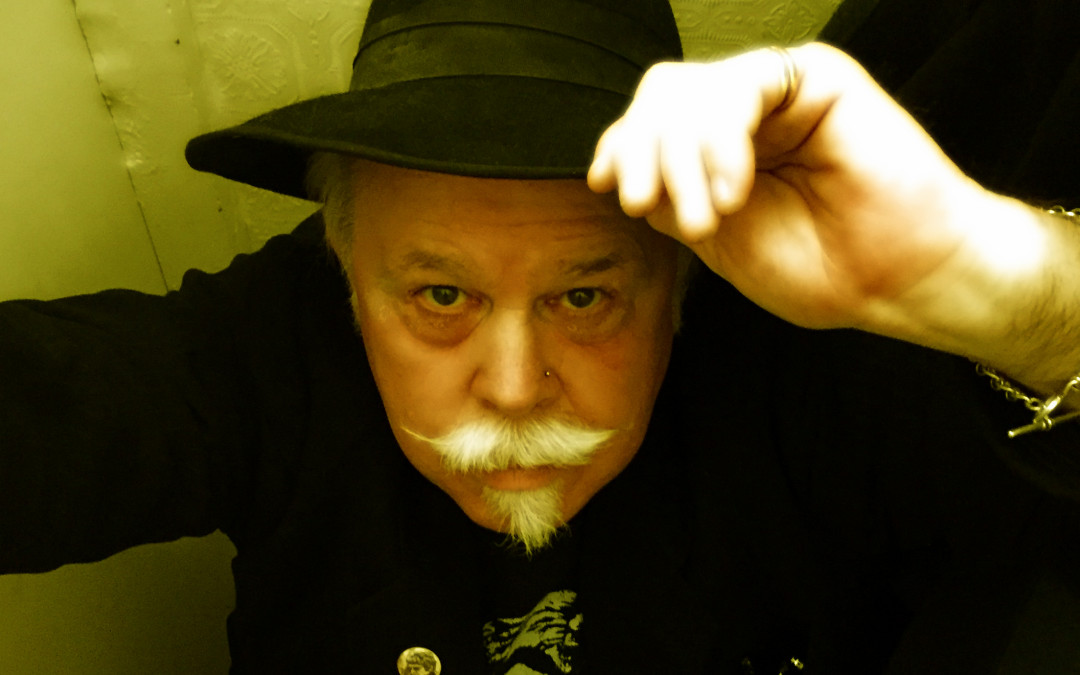 “I try to write as if it’s forever,” says Lyndon Morgans, alias Welsh singer-songwriter Songdog. He has certainly achieved this artistic objective on his seventh album, the sublime ‘Joy Street’ (coming out on Junkyard Songs on 28 July 2017).

While the eleven tracks retain what NME once described as “glacier-paced folk noir”, the collection augments Songdog’s melancholic majesty with a radio-friendly buoyancy. This is particularly the case on ‘It’s Not A Love Thing’, “Ray Davies’ Terry and Julie on Waterloo Bridge updated for a less optimistic age”, and ‘Raise Your Glass In Praise’, which finds Morgans “blowing a kiss to all those who find my stuff too bleak”. Of course, there are those for whom Songdog’s bleakness is a balm, who find empathy in his forlorn balladry. And this particular constituency will feel gratified by the likes of ‘The Old Superhero’, ‘Amen, Baby, Amen’ and the title track, whose plaintive melodies and profound poeticism traverse familiar terrain of love and loss. The whole thing is beautifully blended by renowned producer Nigel Stonier, who has previously worked with Fairport Convention, Joan Baez and Thea Gilmore. A version of ‘It’s Not A Love Thing’ was released late in 2016 as a download single, getting plays on BBC Radio 2 and 6Music. In addition to Songdog regulars Karl Woodward, Dave Paterson and Jasper Salmon, playing guitar, banjo, mandolin, accordion, drums and violin, Lyndon is joined on the new album by several guest musicians (including Thea Gilmore who sings on four of the tracks).

Songdog’s previous releases include the critically-acclaimed ‘Last Orders at Harry’s Bar’, ‘A Life Eroding’, ‘A Wretched Sinner’s Song’ and ‘The Time Of Summer Lightning’.

The music has received praise from the likes of Bruce Springsteen and Robert Wyatt.

What they’ve said about Songdog:

‘…it’s a beautiful and brilliant piece of work from a true lost treasure of a torn nation.’ Gavin Martin (The Mirror)

‘A unique talent and one of the best out there.’ Jeremy Searle, Maverick (4*)

‘Both as a lyricist and songwriter he’s absolutely in command of his art.’ Nick Toczek, R2 (RocknReel) (5*)

“Like Nick Cave, he sings as if the world’s end is nigh, and does so convincingly” Q