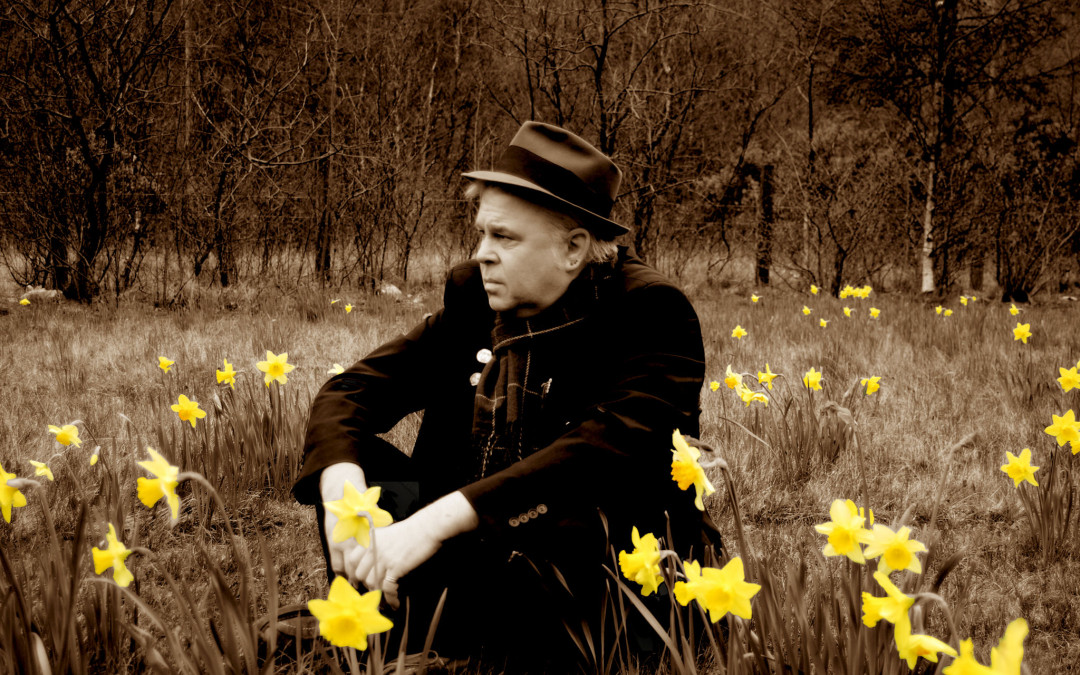 SONGDOG is a vehicle for the songs of Lyndon Morgans (from Blackwood in South Wales) with accompaniment from Karl Woodward (guitar/banjo/mandolin), Dave Paterson (percussion/accordion), Jasper Salmon (violin) and Mal Phillips (bass). The songs form a heartfelt testimony to a life lived, bearing witness to the passing of time, to pain, to love and the loss of it, and to the consolations of memory. Yet, however bleak the vision, the spirit remains defiant in their elegant melodies and explicit lyricism.

Songdog’s last album was the critically-acclaimed ‘Last Orders at Harry’s Bar’; earlier Songdog releases include ‘A Life Eroding’, ‘A Wretched Sinner’s Song’ and ‘The Time Of Summer Lightning’. The music has received praise from the likes of Bruce Springsteen and Robert Wyatt. The next album ‘Joy Street’ has just been recorded with producer Nigel Stonier (producer of Fairport Convention, Joan Baez, Thea Gilmore) and is due out later this year.

What they say about Songdog:

‘..Compelling stuff and yet another mighty album from a unique talent and one of the best out there.’ Jeremy Searle, Maverick (4*)
‘Both as a lyricist and songwriter he’s absolutely in command of his art…another outstanding album.’ Nick Toczek, R2 (RocknReel) (5*)
‘Songdog are the most beautifully sardonic and poetic force ever to emerge from Blackwood, Wales’ Gavin Martin, The Mirror (4*)
“A set of darkly melancholic songs reflecting on a life of lust, pain, hedonism, betrayal, lost opportunities and “good times… pissed away”.” Nigel Williamson, Uncut (8/10)
“Lyndon Morgans’s lyrics are as evocative as ever…magical songs…You’ll be with him all the way” James McNair, Mojo
“Their music is dark and sinister and beautiful and Lyndon’s songs are by turns sexy, scary, funny, creepy, heartbreaking and usually always brilliant.” Allan Jones (Editor), Uncut
“Like Nick Cave, he sings as if the world’s end is nigh, and does so convincingly” Q
“Glacier-paced folk noir..the storytelling hints at a real gravity.” NME