Songwriters In The Round… 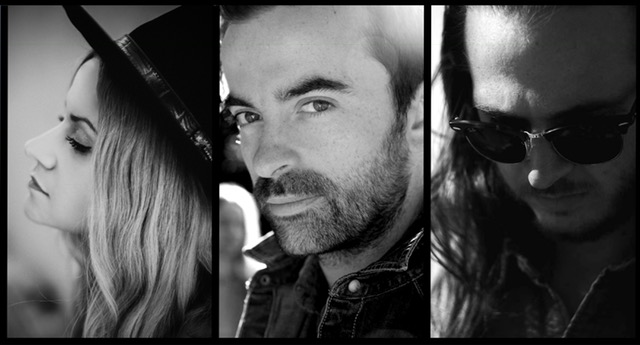 Songwriters In The Round…
An intimate evening with three of Britain’s most exciting songwriters performing a Writers’ Round in the style of Nashville’s Bluebird Café, presenting their own songs and the stories behind them. Hosted by Jo Dudderidge of Manchester indie favourites The Travelling Band, the evening will introduce comparative new-comers Robbie Cavanagh from Wigan and Anna Pancaldi from Colchester. Both these singer-songwriters are making waves this year through radio, Spotify and internet video channels such as the Mahogany Sessions. This evening will highlight the craft of writing original, emotional, meaningful songs with just guitar or piano accompaniment.

Jo Dudderidge
Jo is a founder member of The Travelling Band who over ten years have released three full-length albums and played virtually every festival in Britain (and a few abroad). Focused around the songwriting talents and production skills of Jo and Adam Gorman and the rhythmic driving force of enigmatic drummer Nick Vaal, The Travelling Band have been quietly honing what Marc Riley described as “Mancunian Americana”. TTB have a new album being released on 25th August entitled ‘Sails’.

Anna Pancaldi
Anna has recently returned from her first-ever tour of the USA, with gigs in New York, Nashville and Los Angeles. All of Anna’s releases have now charted in the top ten of the iTunes singer songwriter charts and sold out all three of her London headline shows at Servant Jazz Quarters, St Pancras Old Church and St Leonards Church. Influenced by the likes of Joni Mitchell, Jeff Buckley and Carol King. Anna’s haunting, deep and mature vocals alongside her thought provoking and raw music promise to leave audiences as someone to remember. Anna also launched her own line of gin called ‘Joe’s Gin’ made by Mason’s, an elderflower infusion inspired by her brother who used to make them elderflower cordial as children. Mason’s gin is sold in Harvey Nichols and Selfridges.

Robbie Cavanagh
Robbie’s heartfelt, passionate performances and starkly honest lyrics have started to cause quite a stir amongst music lovers and industry professionals. Whether he’s performing to crowded concert halls with his backing band, or baring his soul at intimate, solo shows, Robbie’s stunning songs and flawless, soulful vocals turn heads, every time. Without fail. He is releasing his much anticipated second record ‘To Leave/To Be Left’ in September 2017. Robbie’s fanbase has developed significantly over the past year, with a string of sold out headline shows, support shows with The Shires, and a European tour with US artists ‘Us The Duo’.