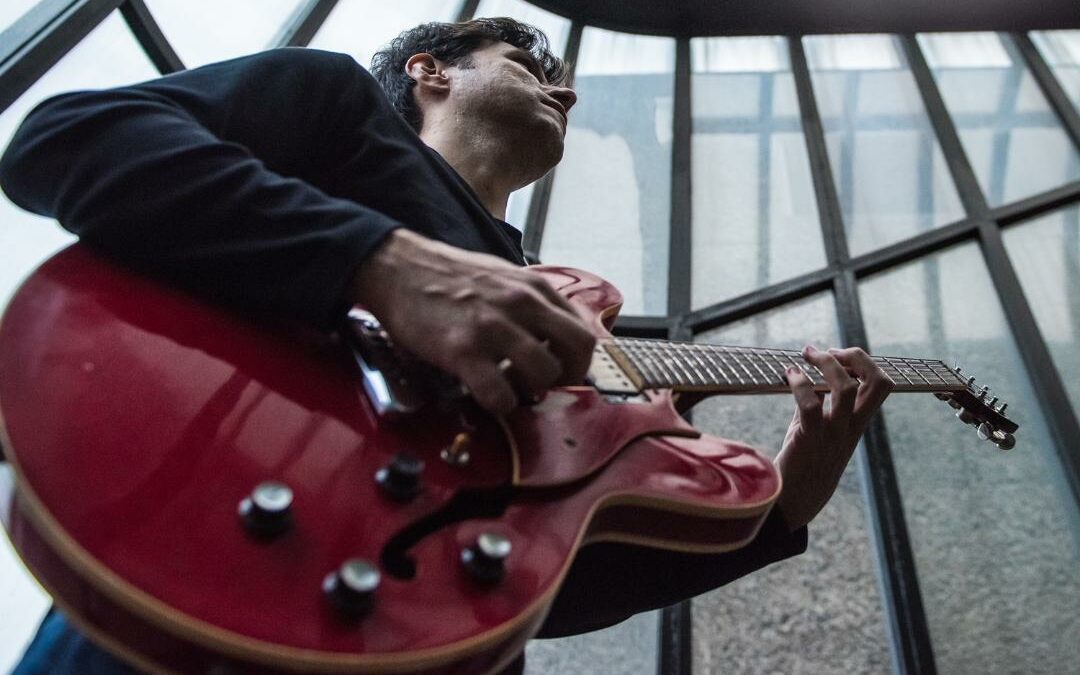 Using the oud and the guitar as his vehicle, STEFANOS TSOURELIS imprints his experiences from Greece and London on his music, taking the audience on an authentic journey that uniquely fuses Mediterranean vibes with jazz. The bass player Dave Jones and drummer Adam Teixeira add their personal touch to the music.

Following the debut album “Native Speaker”, the trio will now launch their second album, “The Wanderer”. Stefanos plays electric and acoustic guitar along with the oud offering a variety of sounds and textures. Each tune is a story that expresses a different aspect of the composer’s musical personality. The album creates a universe where jazz, blues and world music coexist. At the very core of the album is improvisation and the creative interaction between the trio, and Stefanos’ unique relationship with each of the three instruments that he plays.

“Not for a while have I been regaled with an admixture of musical styles and influences that worked so well in the interests of what we understand as jazz. It’s not what the oud can do for jazz, as it were, but what jazz can do for the oud. Or vice versa. Other clubs should book Tsourelis and Co.  They won’t regret it.” - Nigel Jarrett, Jazz Journal

“I’ve enjoyed listening live to Stefanos on so many occasions so it’s great to hear this recording. I love his melodic, direct way of playing & the empathy of the trio here. - Phil Robson

“One of the best [gigs] that I’ve seen at BMJ. Tsourelis is a brilliant player of both his chosen instruments and it was particularly enjoyable for me to see the oud being played at such close quarters.” - Ian Mann, the Jazz Mann

“There’s a strong sense of trust between the musicians, along with superb musicianship. The Wanderer may be about different musical paths, but the album feels like a homecoming.” – Alison Bentley, London Jazz News