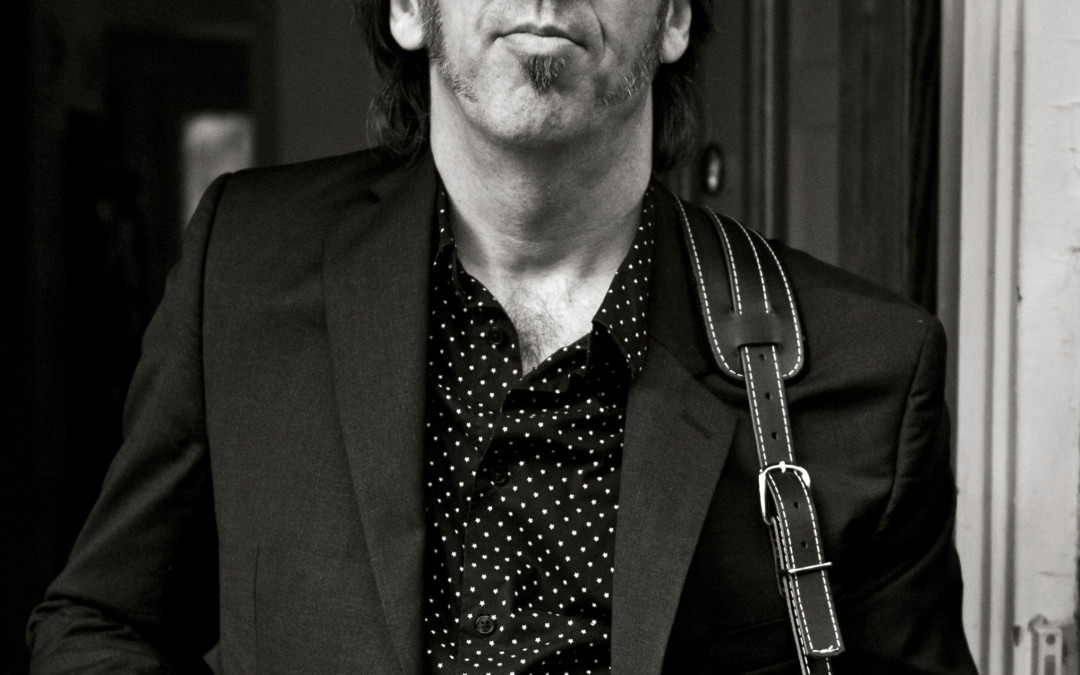 Canadian song maestro STEPHEN FEARING is back after a busy few years performing and writing with others (Blackie & the Rodeo Kings, Fearing & White) now comes an opportunity to relish Stephen Fearing solo again. Listening to the songs on the long anticipated new album Between Hurricanes you’ll be struck by his voice, melodies and stories – Stephen’s on top form proudly wearing his influences whilst holding on to his truly original voice; as one reviewer puts it “…music isn’t just what he does, it’s who he is.” Stephen is a great performer with the wow factor, as well as being an all-round nice chap!

Stephen Fearing is one of Canada’s most respected performers. A stunning guitar player with a smooth, intimate and powerful voice, who throughout his career has penned some of the most literate, stirring and emotionally charged “folk” music you’re ever likely to hear.
Why not come along and experience it for yourself and find out what all the fuss is about… and as suggested by No Depression “sit and listen long.”

“Fearing delivers his reflections, recollections and observations with an enveloping lyricism and he has in the past quarter century become the complete artist.” Penguin Eggs

“…nothing short of magnificent. What an amazing collection of songs! …one of the music world’s finest in the craft and art of the song.” Bob Chelmick, CKUA Radio

“…showcase Fearing’s arresting voice, accomplished acoustic picking, and his ability to turn a phrase with ease. The storied songs invite you to grab a coffee, and sit and listen long.” No Depression

Dennis has grown into one of Atlantic Canada’s most potent songwriters, with beautifully poetic lyrics and a veteran’s sense of melody, tune and arrangement. His influences include Harry Nilsson, Elvis Costello, Paul Simon, Neil Young and Alex Chilton – but his sound is entirely his own.
“Ellsworth sings lush and languorous country blues” – Time Out

“His vocals are as good as anyone’s and better than most, the songs are beautifully written vignettes of observations of life and love and the instrumentation and playing are pretty exceptional” – American Roots UK