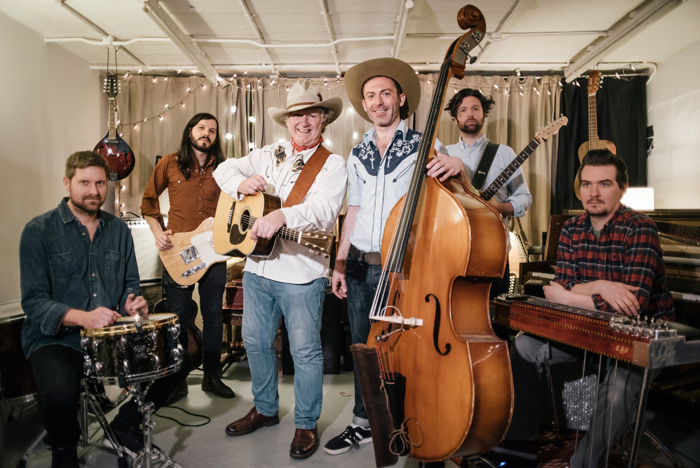 Steve Somers started as a young singer/songwriter in the London Folk Clubs of the 60’s. In 1975 he won a national TV talent show called ‘New Faces’, after which he joined British hit pop/folk group ‘The Settlers’ and appeared on National and international TV, radio and records. Steve played for Skiffle Legend Lonnie Donegan, Cockney chart topper Joe Brown, American Legend Johnny Tillotson, sung on TV behind British legend Lulu, Don Everly and toured with Glen Campbell, Johnny Cash, Billy Jo Spears whilst still performing and broadcasting with his own band
Ben Somers was practically ‘born in the dressing room’ and grew up listening to his Dad Steve from the side of the stage.Ben made his own way in music and after completing a degree in Jazz on the saxophone, he was rapidly in demand as a composer, arranger and session player on various instruments, recordings and performing live around the world. Hs recent employers have included ‘Seal’, Dr John (Celebrated New Orleans pianist/singer), Taylor Swift, Dizzee Rascal and many others. Alongside the pop and jazz world Ben can be seen playing Bluegrass with some of the UK and USA’s top players, touring both sides of the Atlantic and across Europe
Steve & Ben, after years of playing together have found a group of musicians that have inspired them to form ’The Steve & Ben Somers Country Band’ . The new recording from Steve & Ben Somers , “The Highway Is My Home” is a collection of Americana, Western Swing and Country old and new, sung and yodelled in harmony.