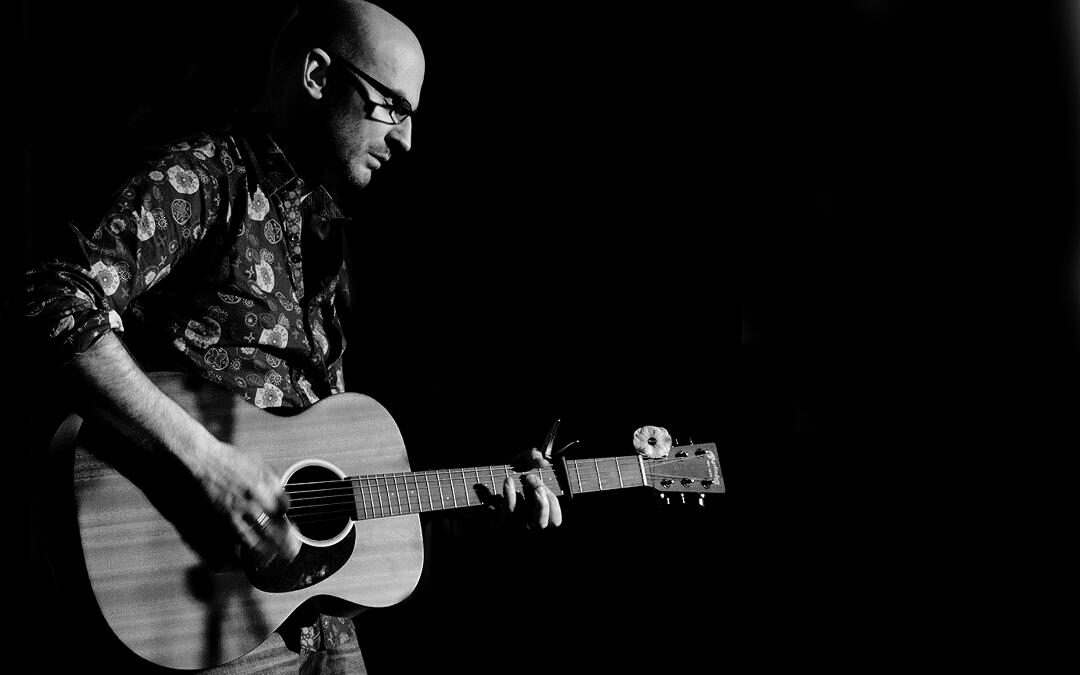 STEVE PLEDGER is a multi-award-winning recording artist with an enviable reputation as a talented and dynamic performer. With writing that ranges from fragile reflections on love and loss to blistering commentaries on present circumstances, his songs pack an emotional punch, both on record and on stage

Successful tours over the last few years have taken him around the UK, including for an annual run of dates across Scotland. Steve’s much anticipated third album, ‘Somewhere Between’ (released April 2016 to critical acclaim) appeared on multiple ‘Best of 2016’ radio shows – frequently in the top ten – and in January 2017 was announced as Album Of The Year by FATEA, as well as by FolkWords in their Male Solo Artist category.

Steve is currently writing his 4th album, due for release Autumn 2022.