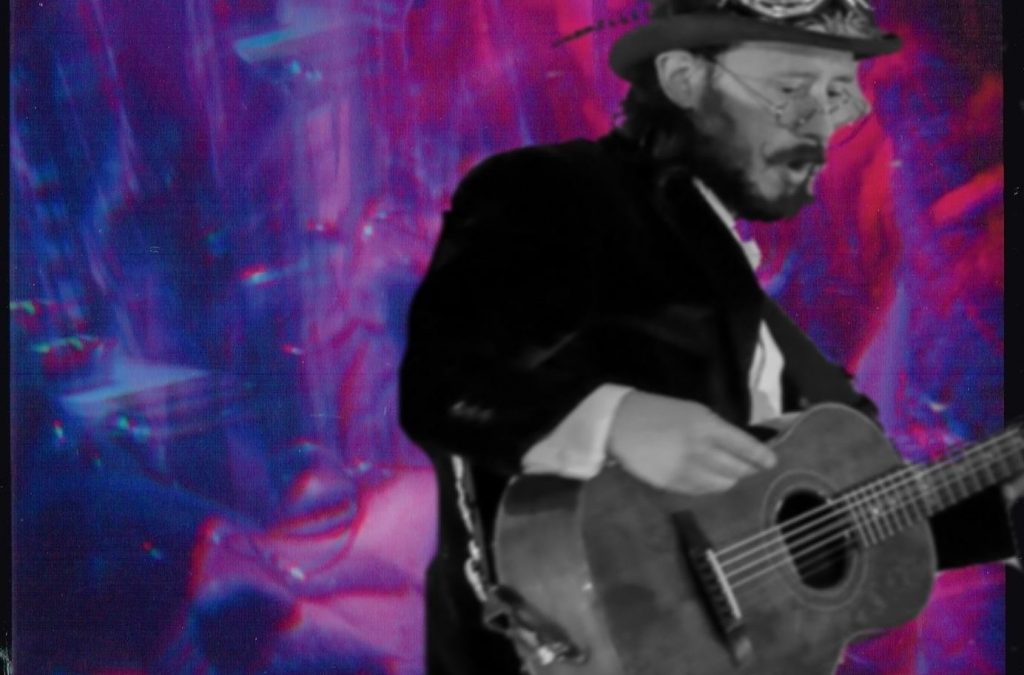 It has been 15 years since Singer/songwriter Stew Simpson (40) (Frontman for Hadrian’s Union) recorded his first solo album (The Best of … Yet To Come). Stew’s performance will be celebrating the release of his brand new album ‘Milk Man Son’.

Without the framework of Hadrian’s Union, Stew has allowed himself to explore different sides of his journey into folk music using his roots in traditional mining songs from the North East of England, from his previous show Hyem through to such Folk and Rock cross over songs by Led Belly/Nirvana, (Where did you sleep last night) and to his more outrageous surrealist poetry.

Stew’s show is eclectic, raw and real, with the ideals of a punk, some sweet guitar picking and with the aid of a tank top of a 70 year old shanty enthusiast, audiences are promised to be moved to tears, some of them will be of joy. The rest may just come from the sheer disgust at the Faire Isle Pattern jumper and retro moustache. A true English Eccentric.