Stick in the Wheel 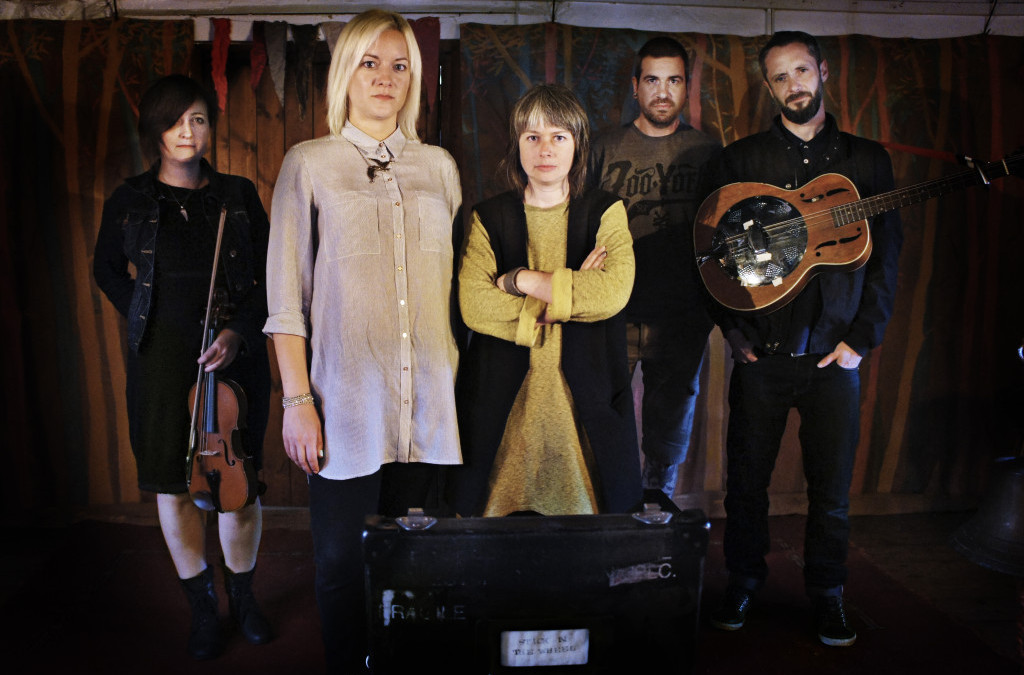 Stick in the Wheel are a raw and uncompromising London folk band headed by Ian Carter and Nicola Kearey with Fran Foote on harmonies, Si Foote on percussion and Ellie Wilson on fiddle. They record to the sound of sirens and birdsong in their long-rented East End front rooms: the music is as authentic as it comes, capturing a culture that is rapidly disappearing, and is at times brutally honest and grabbing.

SITW began as a project stripping back songs to their bare components, eschewing polished production for the immediacy of the moment. The songs had to speak for themselves, without ornament. The importance of their own culture and past became a catalyst for making aggressively raw recordings, using traditional material, and to inform their original writing. Their intent is not to perform folk music as bland retroism, or empty nostalgia, but as a voice linking now to then.

“We see this music as part of our culture, we’re not pretending to be chimney sweeps or 17th century dandies. A lot of people are really disconnected from their past, and this is part of what we’re addressing – getting people to reconnect with it, and realise there are parallels to be drawn from life 100 or 200 years ago. We make this music because we have to. Everything has an intention, none of it is guesswork.”