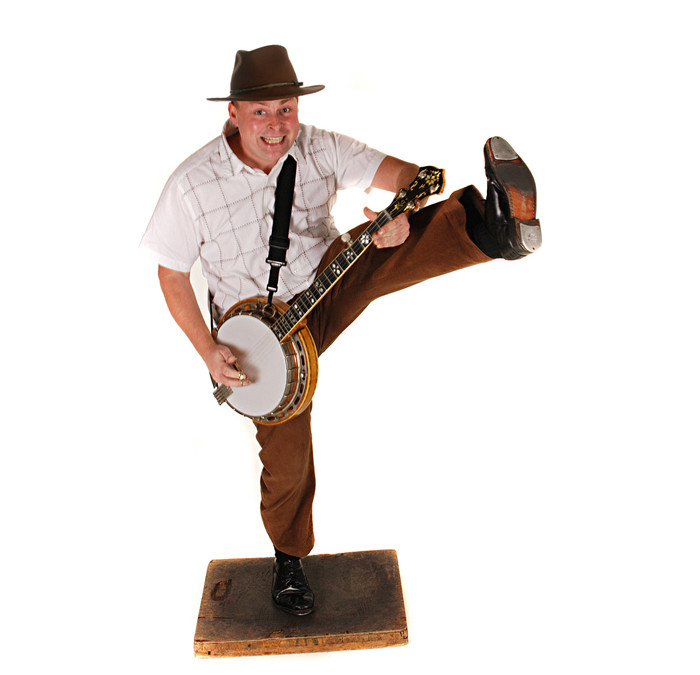 Following four sold out shows at Green Note, Stompin’ Dave and His Bluegrass Band are back! The band play classic bluegrass and old-time music. Led by Stompin’ Dave “One of the world’s greatest performers” according to Maverick on vocals, five-string banjo, and flatfoot dancing.

Dave was winner of the FOAOTMAD old-time banjo competition 2011 and 2013. The band also features members of top London hoedown bands Cut A Shine and Kidnap Alice, forming what has been described as a bluegrass super group.

Formed in 2013 Stompin’ Dave & His Bluegrass Band has already made headline appearances at National Banjo Day in London, Tolpuddle Martys Festival, and Bridport Electric Palace as well as performing at major events such as Glastonbury Festival, Bestival, and Camp Bestival, as well as appearing at The Queen Elizabeth Olympic Park.

A stripped down version of the group will feature undoubtedly one of the capitals finest fiddle players the amazing talent of Jerry Bloom on fiddle and also the ever ebullient Ally McAuley on guitar and vocals. “Stompin’ Dave is a master of all kinds of American roots music…a true original.” The Daily Telegraph