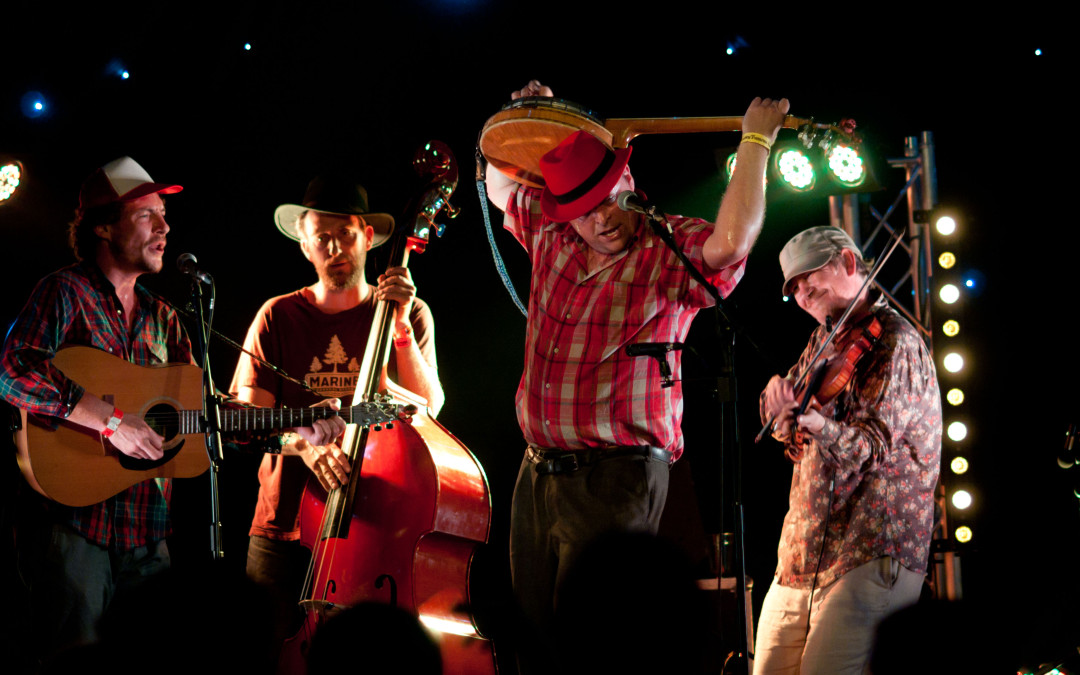 Stompin’ Dave: Following two sold out shows at Green Note in 2014 Stompin’ Dave and his Bluegrass Band are back. The band features “One of the world’s greatest performers” according to Maverick on vocals, five-string banjo, and flatfoot dancing in the shape of Stompin’ Dave Allen.

Formed in 2013 Stompin’ Dave & His Bluegrass band has already made headline appearances at National Banjo Day in London and the Tolpuddle Martys Festival, as well as performing at major events such as Bestival, and Camp Bestival, as well as appearing at The Queen Elizabeth Olympic Park.

Dave is ably supported by a trio of musicians from top London hoedown bands Cut A Shine and Kidnap Alice. Led by Hackney based Joe Buirski on double bass, founder member of The Magpie’s Nest, BBC Folk Club of 2010, Jerry Bloom on fiddle, and also Ally McAuley on guitar and voice. All three musicians were part of the Fire in the Mountain Festival team who received an award for “Best New Festival on the Block” at the Association for Independent Festivals Congress 2014.