Stories of the Lost World 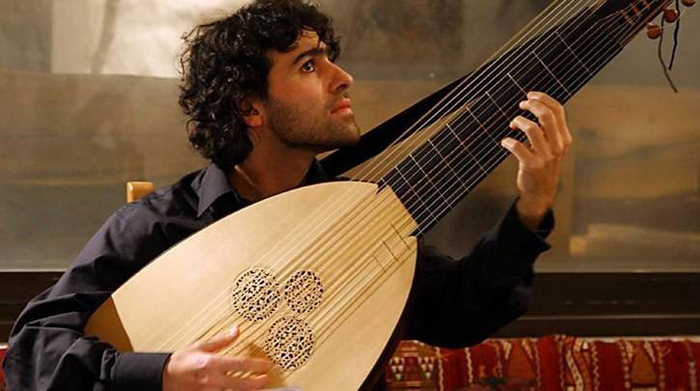 The plaintive voice of the duduk is the iconic sound of Armenian music. In this innovative project, haunting Armenian melodies, virtuosic violin solos, Eastern-European folk songs, evocative settings of Rumi poetry by Jenny Bliss and free improvisation will be woven together to create a magic carpet of sounds and stories.

Arsen Petrosyan is a young duduk master numerously awarded for his talent. He lives in Charentsavan, Armenia. Seen as a musical prodigy, he initially started his studies at the age of six, learning the “shvi” (Armenian wind instrument) with mentor Krikor Khachtryan. Despite his relative young age (he was born in 1994), Arsen Petrosyan is an accomplished professional musician who has toured in the United-States, Russia, Canada, India, Germany, Spain, France, Republic of Georgia as well as in his own country. He is currently soloist of the Jnar Armenian Traditional Music Ensemble (Yerevan), as well as in his own ensemble recently created, the “Arsen Petrosyan Trio”. Arsen Petrosyan goes beyond the boundaries of traditional music (Armenian).

Jenny Bliss started her musical journey at 6 teaching herself to read music, play the recorder and compose songs about butterflies. As a virtuoso baroque violinist she has toured worldwide with leading ensembles of early music. A versatile musician, she is equally enthusiastic about performing works by living composers (some written especially for her), she has formed a duo with harpsichordist and jazz pianist David Gordon to explore improvisation in various historic styles, has played with the Medieaval Baebes and is in the jazz fusion quartet Talinka.

Lori Secanska is a Slovakian singer based in London where she collaborates with many music projects. She is a lead singer of a balkan band RAKA and a klezmer band OYSLAND. In addition to performances, she has worked in the recording studio on many albums (nu-jazz album by Natura Cinematica, 2012, cinematic-folk album by Ailm, 2016) and film soundtracks (films: ’Never Let Go’ – 2015, ‘Offensive’ – 2016). Her unique style is influenced by world music and she is known for her raw emotional style of singing.

Yair Avidor was born in sunny Tel Aviv, but moved to colder climates to study the lute and specialise in early music. He has studied in Germany, Italy and in London where he has been living for the last 15 years. Yair has played with many leading early music and modern ensembles including the Academy of Ancient Music and more recently in Nigel Kennedy’s band.