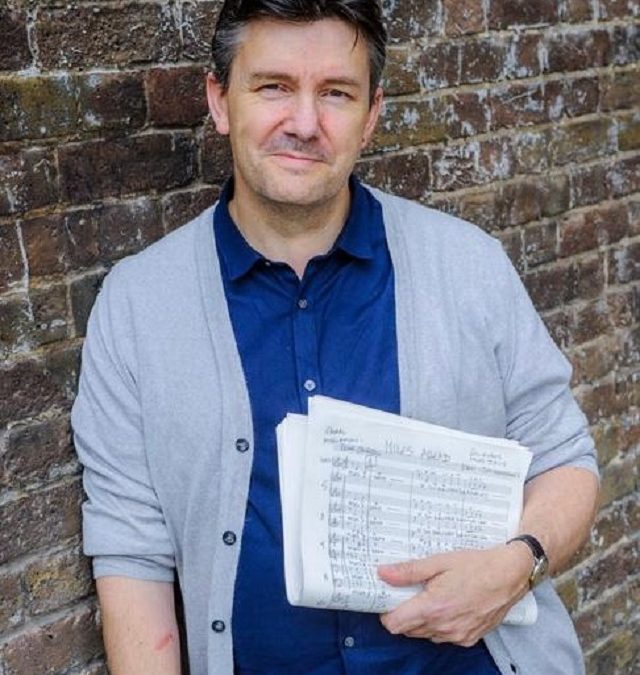 PETE CHURCHILL has been working as a composer, pianist, singer and teacher for over two decades. Originally trained in Canada he has been based in England since 1985. After almost twenty years teaching at the Guildhall School of Music, Pete is now Professor of Jazz Composition at the Royal Academy of Music in London as well as Head of Jazz Voice at the Royal Conservatoire in Brussels.

As an educator and choral director, Pete is very much in demand abroad – teaching regularly in Europe, Australia and the Far East (Hong Kong, Malaysia and Singapore).

Nearer to home Pete is recognised as being at the forefront of Jazz education in the U.K. – receiving the Parliamentary Award for Services to Jazz Education in 2007 and nominated once again in 2012. He has also established a national reputation for his work with Primary schools choirs all over the country.

Much of Pete’s time now is taken up with directing his own choir ‘The London Vocal Project’ working with Bobby McFerrin, Kenny Wheeler and Norma Winstone MBE – including a recent landmark recording of Kenny’s poetry settings, ‘Mirrors’. Their latest collaboration was with the legendary Jon Hendricks, giving the premiere performance of his lyricisation of the Miles Davis/Gil Evans masterpiece “Miles Ahead’ in New York.

Pete is renowned as a world class accompanist, working for fifteen years with the great Mark Murphy and, more recently, Sheila Jordan. As a singer, Pete was also a member of both Kenny Wheeler’s and Abdullah Ibrahim’s Vocal projects whilst working for many years as the  conductor of the Kenny Wheeler Big Band, culminating in the 80thbirthday tour and the subsequent album, ‘The Long Waiting’

BEN BARRITT relocated to Berlin after years carving out a living in London as a session musician to focus on creating original music and this decision has proved to be a fruitful one.

His CV is as diverse as it is impressive: He’s played every London stage from the Water Rats to the Albert Hall, serenaded princesses on Richard Branson’s private island, played packed arenas dressed as Brian May, sung BVs for Bobby McFerrin in the Barbican and for Damon Albarn on a Greenpeace boat in the middle of the Thames. He’s scraped the rent playing hundreds of loud, dirty club gigs across the UK whilst recording Kenny Wheeler’s ‘Mirrors’ album with The London Vocal Project. He’s jammed Meters tunes with Mike Kiwanuka and Joss Stone, played New Orleans banjo in Henley on Thames, performed far and wide from Kitzbühel to Dubai, Antigua to Barrow-in-Furness.

Making his escape from London’s unforgiving economy touring Europe as sideman with EMI artist and fellow Berlin resident Jim Kroft, he’s been travelling back to work with a community of like-minded musicians from the Jazz and Soul scenes.            Following an initial EP – ‘Sundial’ – Ben recorded the first of his critically acclaimed albums, ‘What would you like to leave behind?’. His latest and much anticipated follow updates album, ‘Everybody’s Welcome’ has just been released on Musszo Records.

Born into a musical family, IMMY CHURCHILL has been singing as long as she can remember. Her rich musical experiences at school have lately culminated with her being cast as Maria in West Side Story whilst her further studies have taken her to Summer schools in Australia, Italy and France.
Outside school, Immy has been heavily influenced by the incredible musicians she has been lucky enough to work with, in particular as a member of The London Vocal Project. These include Norma Winstone, Kenny Wheeler and Dave Holland. In other projects Immy has also performed at notable venues such as The Royal Albert Hall, Kings Place, The Royal Festival Hall and Ronnie Scott’s – as well as performing with the Merton Youth Big Band last year at Wimbledon.
Immy has also been accepted as a member who of The National Youth Choir of Great Britain and, more recently, The National Youth Jazz Collective. Having been immersed in the Stories to Tell project since the album was made, Immy is thrilled to be replacing Mishka Adams at this time.
Support from: HOURGLASS: the music of James Taylor

“Straight off the back of two successful albums, Ben Cox, whose debut album ‘This Waiting Game’ was listed in the Telegraph’s Top Jazz Albums 2014, brings together a new band to celebrate the music of Grammy award winning American singer songwriter James Taylor.”