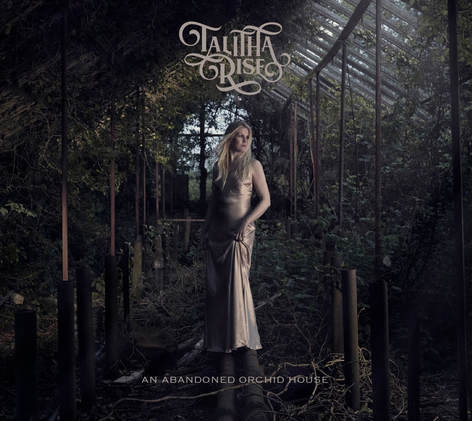 With inspirations threading between nature, art, celtic folk, classical literature, folklore, mythology and progressive music, she started out in classical singing as a child in classical singing and has performed and crafted her own beautiful songs from an early age. Talitha lived in southern Ireland for 7 years where she studied music and became a regular on the folk circuit opening for notable Irish artists such as John Hoban and Niall Toner. The influences of Ireland she says have never left her and weave a noticeable thread through her work.

Upon returning to the UK her music caught the attention of Chris Difford (Squeeze), who featured on her BLUE record (BMG UK) co-written and produced by Martyn Barker (Shriekback, Goldfrapp, Marianne Faithful). She was also chosen from a mass application of artists by West London University to work on The Art of Record Production project with award winning producer Mike Howlett (Joan Armatrading, Flock of Seagulls), and film composer and arranger John Cameron (Cilla Black, Donovan).

Since then she has recorded and performed live alongside acclaimed artists such as Juldeh Camara (Robert Plant, Justin Adams) Henry Thomas (George Michael, Van Morrison) and opened for Renaissance, Antonio Forcoine, Shriekback and Boo Hewerdine, holding the attention of spellbound audiences at The Maltings, Haslemere Hall and St. Pancras Church in London and selling out her 2017 and 2018 headliner’s at The Con Club in Lewes and for the Blackbird Collective in Devon.

During her increasing coverage support from FRUK, Fatea Magazine and bloggers such as Listen With Monger (who nominated her as best female artist 2017 in the UK Southwest) BBC INTRODUCING in Devon have shown immense support of her work with frequent airplay and a recent interview and live session promoting her as the one to look out for in 2018.

​”Just the right touch of the ethereal..Beautiful”
BBC Introducing Devon

“A voice that can only be likened to a tolkein elf, it is rich in harmonics, ethereal and just plain gorgeous”
FATEA Magazine

“There is beauty in the unspoiled innocence of music, a beauty that cannot be quantified
but one that fills the soul with empathy and love. Captivating and bewitching
from the first note, the ethereal beauty and childlike grace of
Talitha Rise’s vocals are at the core of ‘Blue’, a wondrously engaging
collection of songs that serve notice of a musical talent to watch out for.”
PROGRADAR

“A blend of firm and seductive. She rises into the stratosphere and provides
angelic elements but has a grounded and gravelled side too.”
MUSIC MUSINGS and SUCH

“I thought she was brilliant! She’s doing such beautiful weirdly ethereal things and
I cannot wait to hear her album when it comes out this year…
she is definitely one to keep your eye on!”
BBC INTRODUCING (Sarah Gosling)