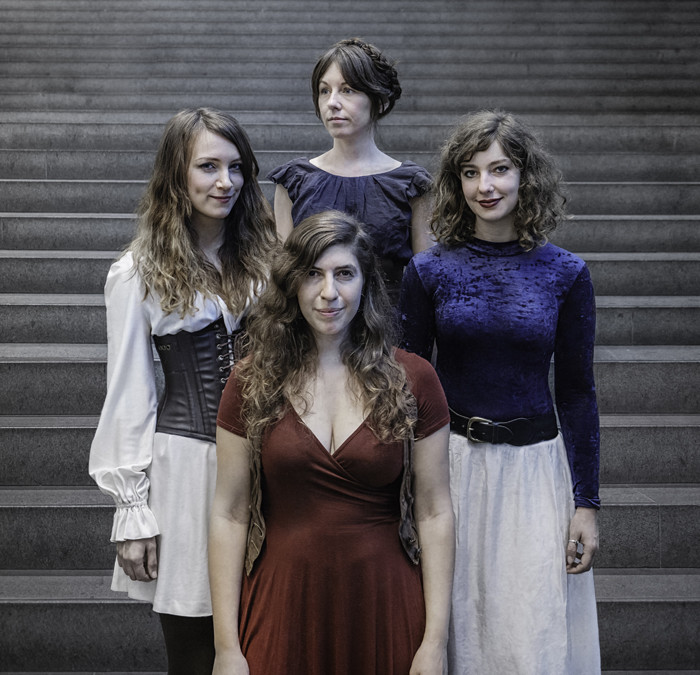 Laura Smyth and Ted Kemp perform traditional songs from England and beyond, with special attention given to their respective homes in the North West and East Anglia. While placing a great value on unaccompanied solo and harmony singing, they also accompany themselves on English concertina, 5-string banjo, cello, and guitar.

“The Charcoal Black and The Bonny Grey EP is a small but perfectly formed gem which shines like a beacon in the dark winter night and will be treasured by anyone for whom the legacy of traditional English folk music is as important today as it ever was. Laura Smyth and Ted Kemp are part of that rare but thriving band of musicians who are influenced by traditional material while developing their own distinct style and I, for one, hope we’ll be hearing much more from them in the future.” Helen Gregory, folkradio.co.uk