Ten Strings And A Goat Skin 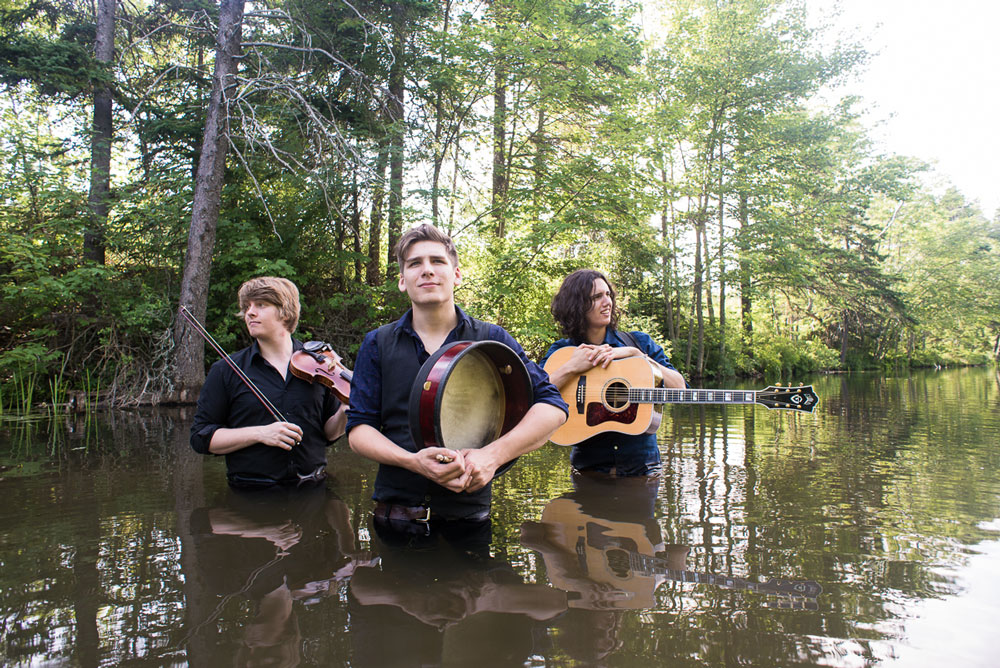 TEN STRINGS AND A GOAT SKIN: Nominated for two 2014 Canadian Folk Music awards, Ten Strings And A Goat Skin is a young bilingual trad/folk/fusion trio celebrating the music of the Irish, Acadien, French & Maritime cultures. Known for a rare musicality and for Integrating modern & world rhythms with traditional & original tunes, they create a fiery, contagious & unique sound that has them touring throughout Canada, the US and Europe. Having the time of their lives immersed in the music they love, hailing for the North Shore of Prince Edward Island, Jesse Périard and brothers Rowen and Caleb Gallant seemingly ignite onstage as Ten Strings And A Goat Skin.

Rooted in the traditional, members of this award winning trio celebrate the music of the Irish and Francophone cultures they share, infuse their original compositions and traditional standard tunes with modern and world rhythms and interpretations to create an infectious energy and unique sound that speaks to all ages.Building on a base of much loved traditional Maritime music with a good dose of originality, innovation and humour, the band grabs both French and English audience right from the first note. They easily connect with their listeners while they create an atmosphere that is pure fun. Milestones saw the group making waves on both English and Francophone venues at the 2011 and 2012 ECMAs and their début bilingual album, TRI, was awarded MUSIC PEI’s 2012 Roots Traditional Recording of the Year and was nominated for the 2012 ECMA Roots Traditional Group Recording of the Year. Ever traveling further afield, the group was nominated for Music PEI’s 2013 SpinCount Touring Artists of the Year.