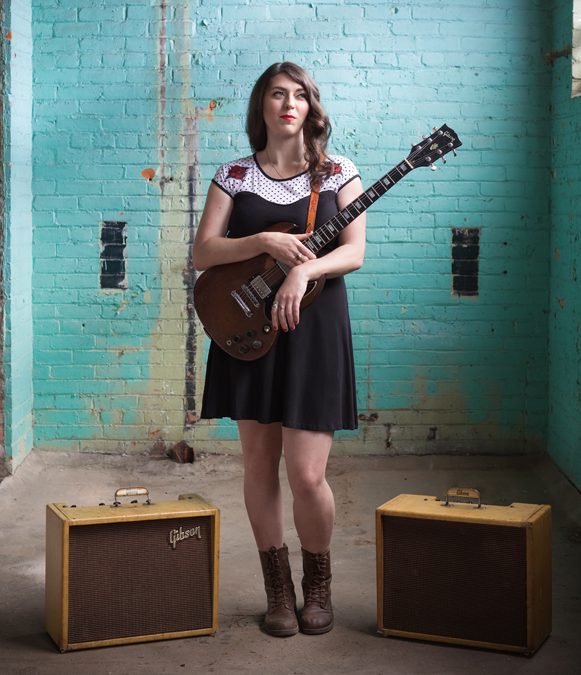 TERRA LIGHTFOOT: Whether you’re talking about her as a songwriter, guitarist or vocalist, one thing is indisputable: Terra Lightfoot is a ferocious talent. 2015’s Every Time My Mind Runs Wild marked the artist’s arrival as a striking songwriter and compelling live performer. 2017brought two new albums: the orchestral collaboration Live in Concert and her third studio album, New Mistakes. On the latter, Lightfoot offers up something rare: the kind of genuine document that can only come from a road-tested breed of songwriter and performer. Shot through with the guitarist-vocalist’s powerful, bluesy soul, vivid lyrics and ferocious six-string virtuosity, it’s an unforgettable outing — one that has won praise from the likes of No Depression, Pop Matters, Guitar Player, Twangville, and The Boot, and earned a nomination for a 2018 JUNO Award for Adult Alternative Album of the Year. Terra has toured the UK multiple times in the last two years, will come to the UK fresh from a six-week run supporting The Posies on their US tour dates, and closes out her summer supporting the legendary Willie Nelson on a Toronto date.

“If you haven’t seen Terra Lightfoot perform live, then do yerself a favour and get a ticket next time she’s in town. Lightfoot is the total package: she can write a hooky tune, rip through a blistering guitar solo and sing the hell out of any song she likes.” CBC Music

“Canada’s Terra Lightfoot has a huge voice and a big and gutsy guitar tone to match.” Guitar Player

“Ms. Lightfoot’s voice is as dominant as ever, straddling Memphis soul and urban blues with ease, and boy… can she write a song” No Depression

“New Mistakes is Lightfoot’s most accomplished music yet” PopMatters