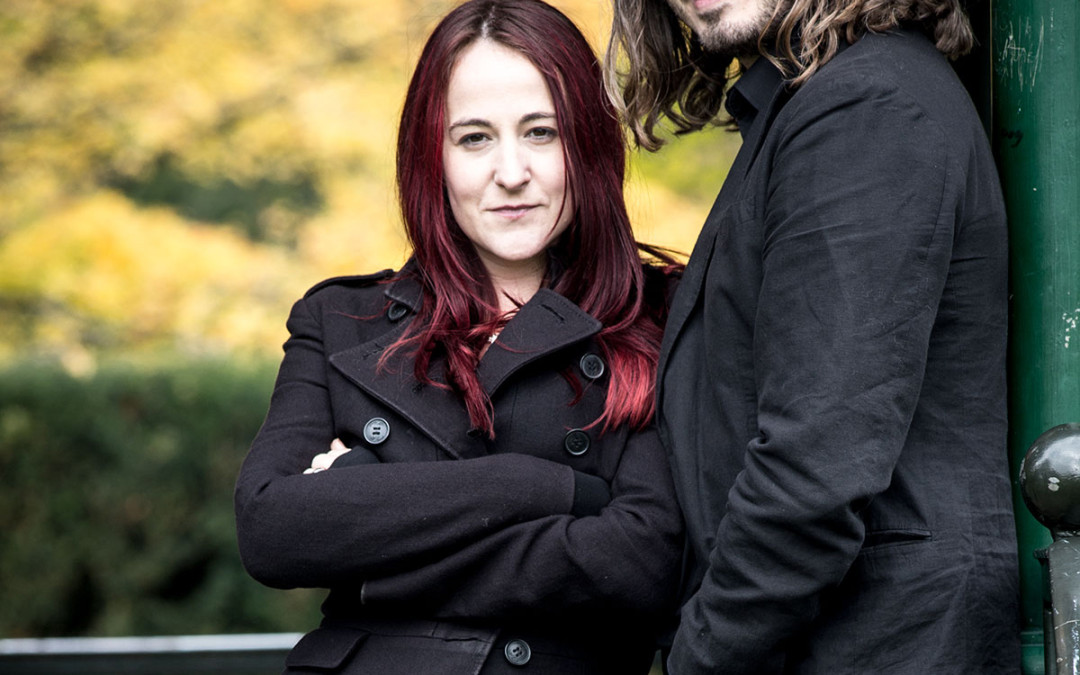 The Black Feathers give an intimate performance that draws the listener in to a special, strong and unique bond between two people.

The band have wasted no time in getting their music heard in venues around the UK, playing a multitude of shows and festivals up and down the country. Within their first year they were awarded the ‘5 Valleys Folk award’ and the following year also picked up the ‘Folkstock Arts Foundation’ award for best live performance. They have toured in Germany, Holland and in the USA including a sell out show at the Bluebird Cafe in Nashville, Tennessee.

2014 saw the release of Strangers We Meet, the duo’s debut 5 track EP. It gained national airplay on BBC Radio2, as well as warm reviews from national music press, including an interview in The Sunday Times. The Telegraph also listed it as one of the best albums of 2014.

“The Black Feathers are acoustic, but with enough power and force to drive a sledgehammer.” – fRoots Magazine

Ray and Sian have spent the last three years honing their skills as songwriters and performers, and have spent the last year working on and recording their impressive début album ‘Soaked to the Bone’ (release date 26th Feb 2016). They are a highly regarded and respected duo on the scene, and this long awaited album is going to catapult them to new heights.

WEBSTER, PARKER & SARJEANT – “John Parker (Nizlopi) with Christopher Sarjeant and Henry Webster. Line up is Double bass, fiddle, Acoustic guitar and Vocals, we play our own tunes and Chris’s songs, a kinda of Lau meets the Punch Brothers thing.”

ALICE WALLACE – “Alice has become a shining light on the Los Angeles Americana music scene, sharing her songs of travel, adventure, life, love and loss in her authentic voice…as beautiful as the land she travels,” say the folks at California Country Records. Alice’s style is heavily influenced by modern folk singers like Patty Griffin and Brandi Carlile, but is also rooted strongly in the iconic voices that have defined folk and country music for decades: Emmylou Harris, Dolly Parton, Patsy Cline, Linda Ronstad