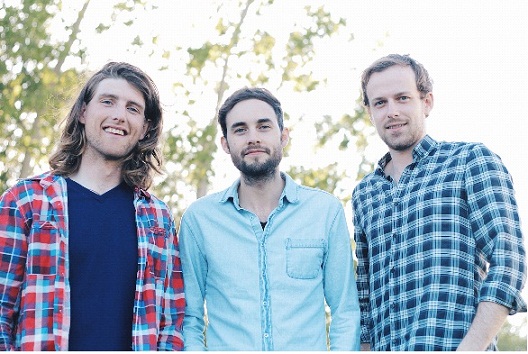 The East Pointers are three young men whose talent and penchant for traditional Celtic tunes of decades past greatly belie their respective ages. And while each member of the freshly formed trio – banjoist/vocalist/step-dancer Koady Chaisson, fiddle player/vocalist Tim Chaisson, and guitarist/vocalist Jake Charron – is an accomplished musician in his own right, their recent union is a testament to their shared output being, to borrow a common adage, greater than the sum of its parts.

The cousins Chaisson hail from Prince Edward Island, Canada, part of the sixth generation of a heralded legacy of fiddlers and folk musicians. Tim tours the world as a performer/songwriter with a pop and country-tinged take on contemporary folk, with Koady often at his side or supporting other touring trad acts with his banjo, bass, and six-string. Jake, on the other hand, is based in Ontario and has strummed, plucked, and played piano alongside a laundry list of award-winning performers from around the globe.

When Jake would visit PEI with any of his collaborators or the Chaissons were passing through Ontario on tour, a late-night kitchen party was sure to follow – fiddles and friends, guitars and Guinness, banjos and bad jokes. As their trunk of traditional and original tunes – some with an Irish influence, some Scottish, others rooted in the Maritimes – started to fill up, the trio realized it was time to put some to tape and take them on the road.

The East Pointers’ slew of tunes carries a diverse mix of influence, but regardless of their age or origin, what they all share in common is the undeniable ability to get hands clapping, feet stomping, and bodies of all ages bouncing in harmony.