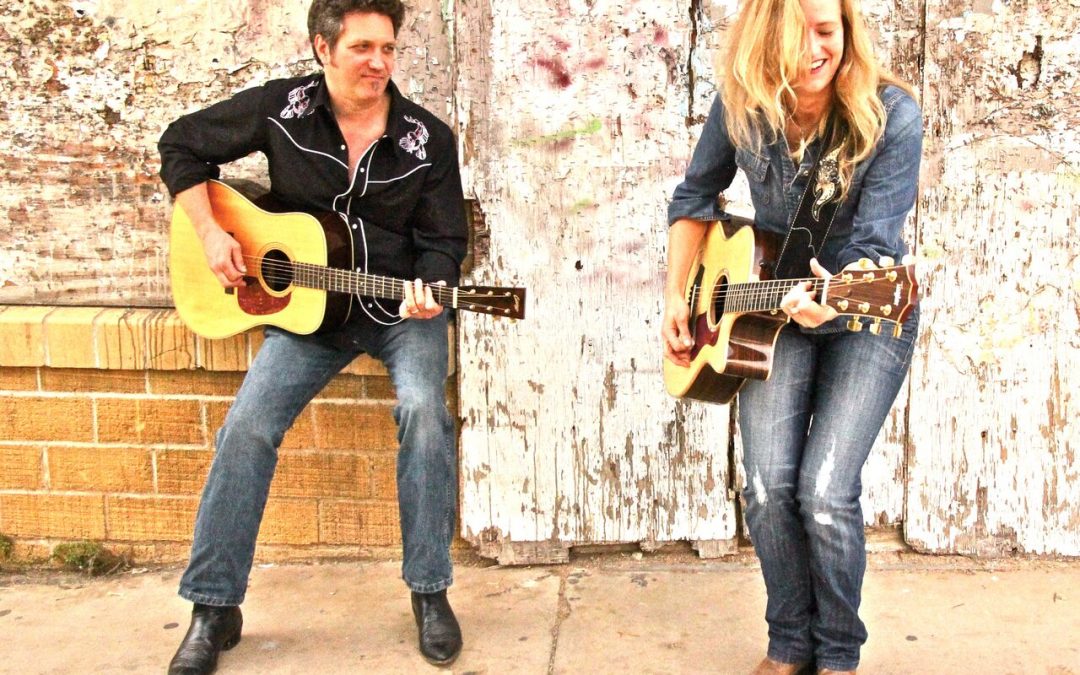 The husband-and- wife duo of Hilary Claire and Stuart Adamson—better known as The Flyin’ A’s—are onthe cusp of releasing their third independent album, You Drive Me Crazy. As a top-shelf complement to the pair’s engaging, fun, contagiously enjoyable live shows, You Drive Me Crazy is right on the money. The album has received critical acclaim and play around the world, making it on the first round Grammy ballot for “Best Americana Album”.

Their latest recording project, You Drive Me Crazy, is a collection of diverse, heartfelt songs that borrows from Americana, folk, country and Texas music influences. From the rockabilly ear candy of the opening number, “Little Miss Tumbleweed” to the mournful lament of loss that is the closing “Wild Texas Wind,” Hilary and Stuart mine an array of melody and emotion that form a testament of endurance through the ups and downs life brings. “The songs all have a backbone built on the experiences we’ve faced on both sides of the fence,” Hilary says. To which Stuart adds, “Our music is not just something we create, it’s what we live and breath. Our songs are what get us through the highs and lows that come along with living life to it’s fullest.”

Latest album “You Drive Me Crazy has a real Austin feel and is a real winner! ….should be a definitive breakthrough album for The Flyin’ A’s.” Fred Schmale, Real Roots Cafe

The players on this album are legendary in the Texas music scene. With Chris Gage producing, engineering and sharing his many instrumental talents all over this album is one of the best he’s produced. In addition you will hear great performances from Lloyd Maines, Glenn Fukunaga, Paul Pearcy, and Will Taylor. The resulting album, You Drive Me Crazy, is their best release yet, with both new Flyin’ A’s fans and longtime followers praising this release before it’s even hit stores and the airwaves!