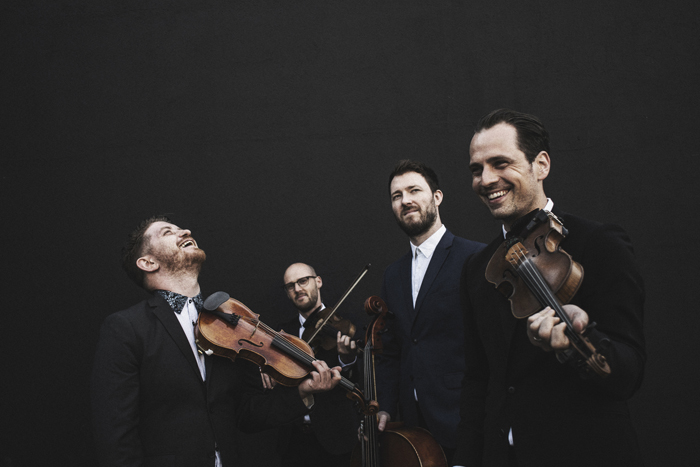 THE FRETLESS: The Fretless is the Canadian fiddle foursome playing an essential part in the emerging movement mainstreaming traditional irish folk music. Described as one of the most powerfully charged and highly respected on the roots music circuit, multi-Juno (the Canadian equivalent of the Grammys) award-winning supergroup The Fretless continue to grow in stature.
Consistently given four and five-star review ratings, Songlines magazine loved their “plethora of thrilling moments” while fRoots magazine placed them “in the elite category.” RNR magazine said it was “high quality, inventive and absolutely full of life and energy.”
Karrnnel Sawitsky, Trent Freeman, Ben Plotnick and Eric Wright are each musicians at the top of their game, fearless and entertaining.