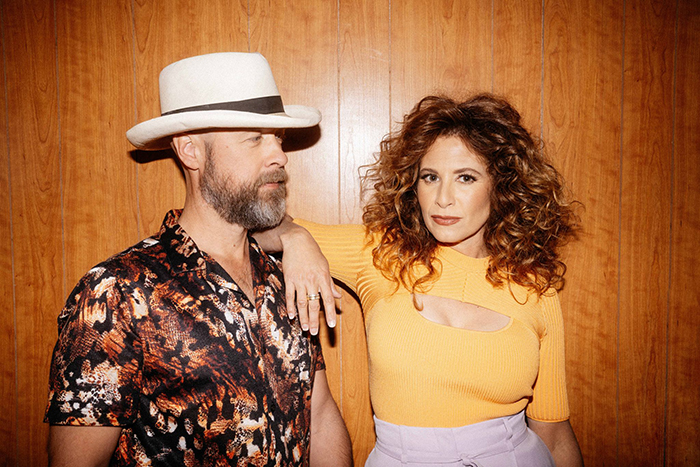 THE GRAHAMS: The Grahams are New York grown, Nashville based Alyssa and Doug Graham. As kids in the Jersey suburbs, they snuck into NYC to hear their favorite bands play, and have been performing together ever since. With their own unique brand of nostalgia-inducing alt pop, their music features nods to Americana, emotional and rebellious lyrics and mesmerizing vocals.

The band’s 2013 debut about traveling the Mississippi, Riverman’s Daughter, received global success and spent 11 weeks in the Top 40 at Americana radio. Glory Bound (2015), influenced by the couple’s train adventure across America, was declared, “easily one of the best Americana albums of the year” [No Depression]. Rattle the Hocks, a film directed by North Mississippi Allstars’ Cody Dickinson, chronicled the journey and became an international film-festival favorite.

On 2020’s Kids Like Us, the band shifted gears, with 70s-inspired alt pop songs all written during a wild motorcycle ride along Route 66. Influenced by the chaotic stimulus witnessed from the road and dreamy motel-room whispers, all against the backdrop of the 2016 election, the album has moments of fantasy and the supernatural, and lush, ambitious production, and is the band’s most authentic body of work to date.

They will release an EP, Sha La La, in Summer 2021. Recorded in 2020, the songs reflect the artist’s need to escape and be joyous, when the world is spinning backwards. As Alyssa Graham says “When unable to make plans, make art!”.

This tour will be a multi media performance with a 30 minute documentary film ‘Searching The Milky Way,’ to proceed a 60-75 minute live performance.  The film was shot by New York filmmakers Natalie Brasington and David Johnson during The Grahams‘ motorcycle adventure across the legendary Route 66.
The performance will be a combination of songs from their latest album ‘Kids Like Us’ (produced by the late Richard Swift), & their upcoming EP, ‘Sha La La’ (out October 15).

“Alyssa has a great voice, crystal clear, full of fire and passion perfectly complimented by Doug on dobro and vocals.” 5* – The Irish Post

“A dynamic Americana duo who’ve married their love of adventure with a desire to build on foundations laid by their musical predecessors.” – Americana UK

“Formulaic country music is something their talents, if not their pride, would allow them to do, but instead they choose to go their own unique way, something deserving of huge applause. I wouldn’t be a bit surprised if their reward is the huge success that such an original couple deserves.” – American Roots UK

“Real Emotive, Powerful lyrics that make your hairs on your arms stick up” – Fatea Records