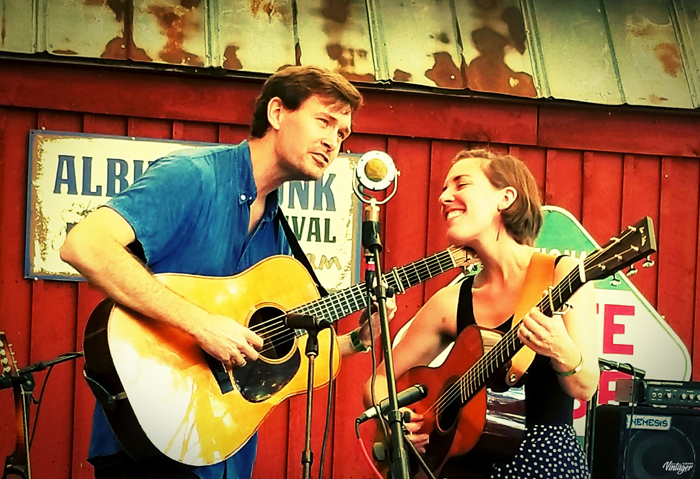 THE HONEY DEWDROPS: With gorgeous vocal harmonies and a versatile musical set-up that includes clawhammer banjo, mandolin, harmonica and acoustic guitars, The Honey Dewdrops treat listeners to a raft of memorable, beautifully performed songs. This outstanding Americana duo has been touring full time for almost 10 years now, performing throughout North America and making their first foray to Europe as part of Germany’s Bluegrass Jamboree tour in 2016. Hailing from Virginia, Laura Wortman and Kagey Parrish are now based in Baltimore. Their debut tour of the UK in January and February 2019 will feature an appearance at the prestigious Celtic Connections festival in Glasgow. Known on the American roots music scene for top-notch songwriting, and undeniably steeped in old-time music, bluegrass and country, The Honey Dewdrops manage to encompass both traditional and modern in their distinctive sound. They’ve released four albums to date and are currently working on their fifth recording, due for release in early 2019.