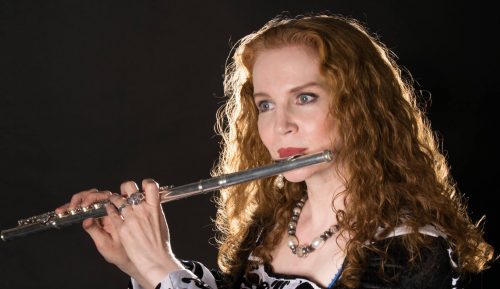 Jacquelyn Hynes is a highly regarded flautist and composer, rooted in Irish traditional music who has played alongside and supported many of Irelands leading artists including Martin Hayes, Michael McGoldrick, Mary Coughlan and Lunasa. Her debut CD “Silver and Wood” received 4 star reviews from the Telegraph and RnR magazine, and was Album of the Week on BBC Radio nan Gaídheal.

“Haunting and wonderful” Telegraph (Folk Albums of the Year)

Telegraph Folk Music
Added to the best folk albums of the year is Jacquelyn Hynes Music Silver and Wood. Martin Chilton says: “Jacquelyn Hynes is a talented multi-instrumentalist (piano, saxophone, Melodica, Uilleann pipes and Flute) and the track An Buachaillín Ban is haunting and wonderful. There is a re-working of Greensleeves and on popular reels The Ashplant/Red Haired Lass she shows she can play at an ideal tempo, allowing each lovely note, phrase and melody to breathe. A fine debut album.” ★★★★☆