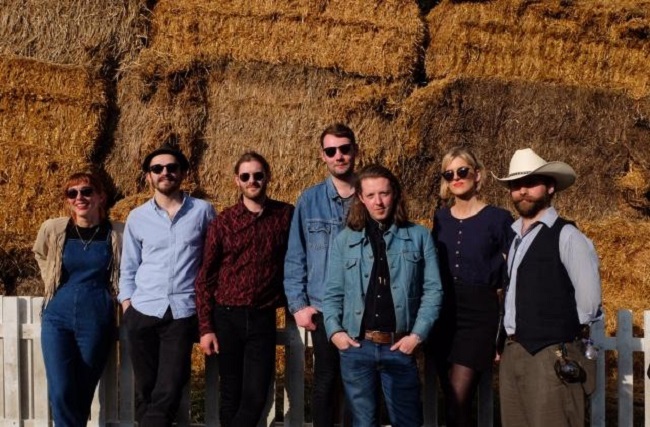 Join us for a new monthly evening of traditional country music from The Jambalaya Band and special guests.

THE JAMBALAYA BAND have been making a name for themselves in the UK country and Americana scene as the hottest honky tonk band in town.  Stand out sets at Red Rooster and Long Road festivals landed them the house band spot at the 2020 AMAUK awards afterparty where they backed artists such as Billy Bragg, Sunny Ozell and Michaela Anne.

Expect to hear their own versions of tunes from the golden era of the grand ole opry plus original material written by vocalists Anna Robinson and Naomi Larsson.

Each month they invite special guests to share the stage with their backing band.

Today they are joined by THE MOST UGLY CHILD from Nottingham.

For the last  five years The Most Ugly Child have travelled the length and breadth of the UK leaving a trail of broken hearts and broken tables in their wake. Their 2014 debut EP ‘A Wicked Wind Blows’ and debut album release ‘Copper And Lace’ in 2017 introduced them to hungry fans in search of ‘real country’ music. These disillusioned country music fans, tired of the mainstream music coming out of Nashville have found a group of musicians in the UK, America and Canada and are tireless supporters of them. The Most Ugly Child play country music the way it’s sup- posed to be, with battered hearts on their sleeves.

‘There are a host of great songs here, and it’s the kind of stuff worthy of bloodshot eyes and Sunday morning regrets’ – Acoustic Magazine