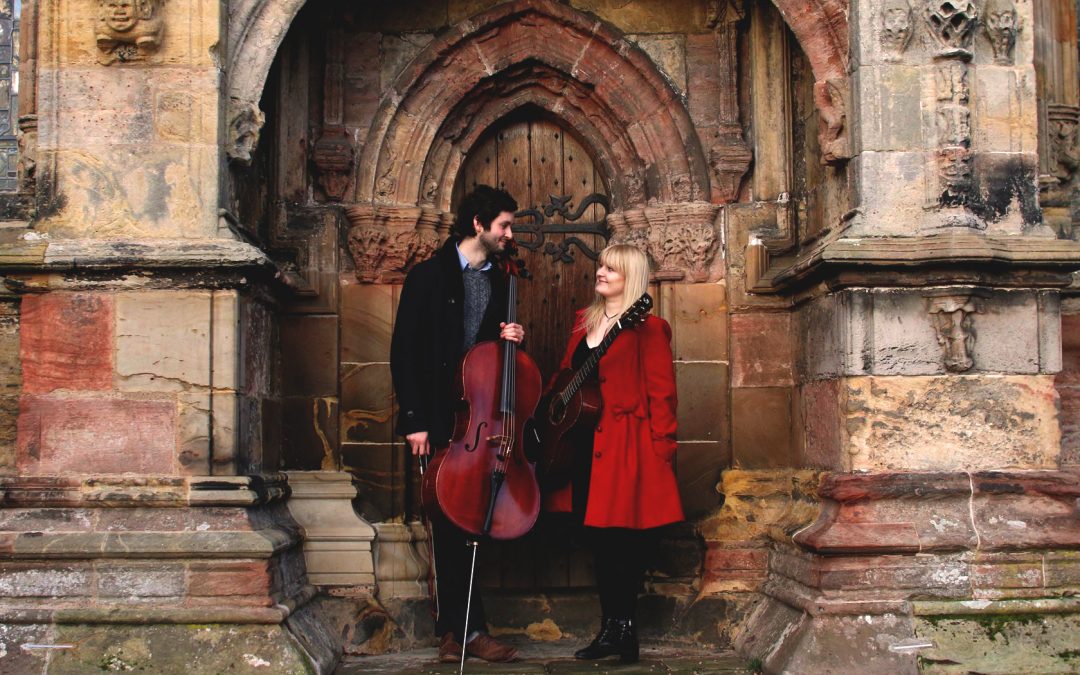 Scottish duo The Jellyman’s Daughter lands squarely in the middle of a strange crossroads between bluegrass, post-rock, folk and soul. Mixing their unique vocal harmonies with wild and visceral cello, driving guitar and sweet mandolin, Emily and Graham write their songs together with a focus on doing something new.

Having busked the streets of their home city during the Edinburgh Festival Fringe, they created quite an impact when they made their debut at Glasgow’s Celtic Connections festival. When in­-demand playing partners Emily Kelly and Graham Coe released their full­-length album, it won a huge amount of radio exposure, and reviewers unanimously agreed that something totally appealing had come on to the scene. The Sunday Herald (Scotland) made it one of their Top Albums of The Year while Maverick magazine described them as “fascinating” and said they demonstrated “originality by the bucket­load”. “Heartily recommended” by Folking.com, Acoustic magazine told readers they “kick up a heck of a storm,” while The Daily Express called the duo “a match made in heaven”.

They started 2015 as they meant to go on, winning even more praise following bigger­-exposure live performances, including a nomination for Best Acoustic Act in the Scottish Alternative Music Awards, and spreading their wings much further afield, spending a month gigging around Germany, The Netherlands and Denmark. After a successful appearance at Folk Alliance International in Kansas City early in the year, Emily and Graham spent 2016 gigging extensively, including a tour of Canada in September. In 2017, after a return visit to Folk Alliance in February with an official showcase, they recorded their second studio album in the English countryside. 2018 will see them release their new album ‘Dead Reckoning’ with launch dates across the UK, Europe, USA and Canada, sustaining the momentum that has earned them exceptional praise so far.

I Hope from The Jellyman’s Daughter on Vimeo.

The Herald
“When Kelly and Coe sing together, their harmonies squeeze the heart… Outstanding”

The Daily Express
“A match made in heaven”

Folk Radio UK
“Their sound is fresh, personal and well worth a listen”

Maverick Magazine
“Originality by the bucketload”

Is this music?
“Music with substance… Chock full of acoustic talent and a husky, smoky lyricism”