The Light In The Stone – A story told by Sarah Deco 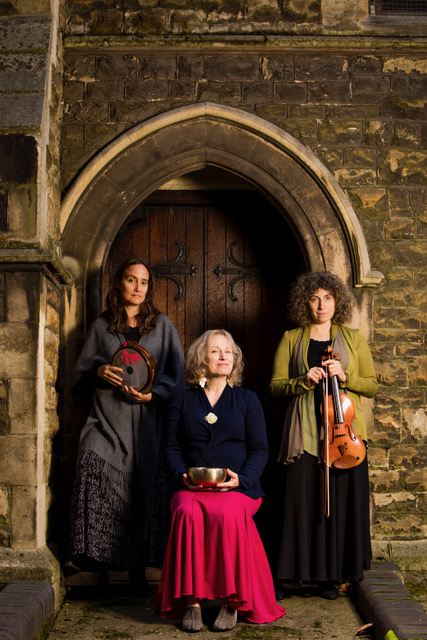 THE LIGHT IN THE STONE is a spellbinding tale of ancient light and sacred secrets weaving together spoken word and music. Storyteller, SARAH DECO, weaves together tales from the three Abrahamic religions drawing from the oral traditions, stories and legends of Judaism, Christianity and Islam. The story follows a stone, containing primordial light, given to Adam and Eve by Raziel, Angel of Mysteries. It brings wisdom and transformation to all who encounter as it is passed from one generation to the next. Sometimes lost for eons, it rolls through ancient time and in its long and eventful journey approaches our own time.

Original music performed by violinist and harpist, ILANA CRAVITZ and percussionist, ELIZABETH NOTT accompanies the story and follows the stone on its journey through biblical landscapes. Their compositions are inspired by Arabic classical music, the music of medieval Europe and of the Jewish communities of Eastern Europe.

Storyteller, SARAH DECO, said, “The stories I draw from are written from the depths of the heart – the perils and pitfalls of love, the differences between romantic love and love for the divine – so they never lose their relevance”.

SARAH DECO, Storyteller, tells myths, fairytales and folktales. Sarah has a long connection with Arabic music and dance as a teacher and performer. She performed with ‘The Dance Theatre of Egypt’ at several venues around Britain including The Womad festival and the Almeida theatre. She is the founder and co-organiser of The North London Traditional Storytelling Circle and tells stories in a variety of venues aiming always to provoke and facilitate sharing and discussion.