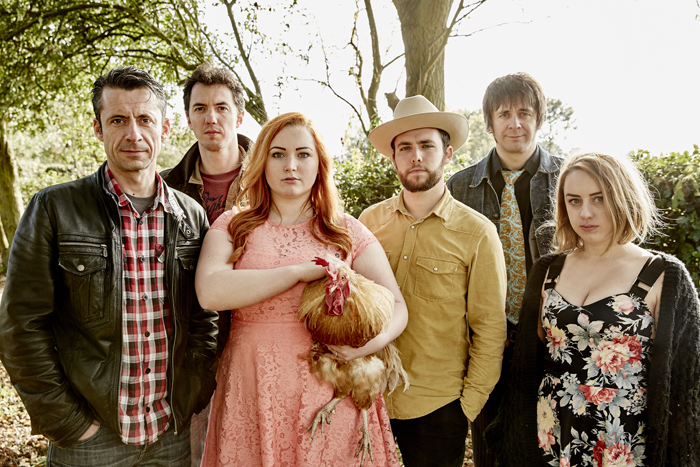 The Most Ugly Child: Gram Parsons said in the liner notes to ‘Last of the Red Hot Burritos’ that he dreamed of a country music revival in England, embraced by those unjaded by what had gone before and with a hunger for the real stuff. Over the years country music has lost its way but there are a new group of musicians in the UK, US and Canada that want to reaffirm it’s place in the modern musical landscape.

The Most Ugly Child play country music the way it’s supposed to be, played with battered hearts worn on their sleeves. The band is centered around the songwriting partnership of Daniel Wright and Stevie-Leigh Goodison who have been likened to some of the great country duos of the past. Their live shows are full of romanticism, sorrow and grit and laden with weeping pedal steel and lachrymose strings. But, this is not revivalist music, this is timeless, songs of love and loss.

After a busy few years playing shows across the length and breadth of the country The Most Ugly Child are set to release thier first full length album, ‘Copper and Lace’ on November 25th.

“The songwriting is the right side of traditional, they take familiar forms and use them to their own ends rather than relying on tired executions. These guys could make a killing as a touring tribute act but tellingly, they eschew that and write their own stuff properly, and, in so doing, make the sunshine just a little warmer, the world a better place.” – The Wild Man Of Europe