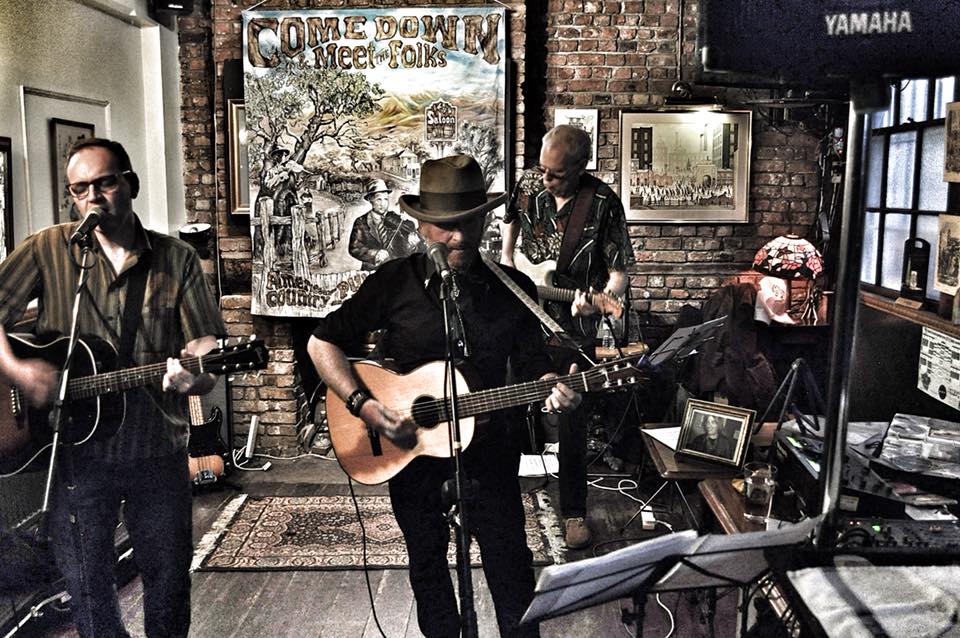 Philip Rambow and Martin Belmont first crossed paths in the time remembered as Pub Rock in 1973/4. Martin was in Ducks Deluxe and Phil was the singer/songwriter with The Winkies. He went on to do various solo projects, writing with Kirsty MacColl and collaborating with Mick Ronson, Brian Eno and Ellen Foley, while Martin helped form The Rumour, who with Graham Parker, toured the world between ’76 and 1980 and recording 6 albums. He then went on to become lead guitarist with Carlene Carter and then Nick Lowe. In the late 80’s Martin and Phil became two fifths of  The Tex Pistols – a country and rockabilly outfit with a circuit of pubs, restaurants and private parties to keep them in work. He is a long time member of Hank Wangford’s Lost Cowboys. As well as releasing CD;s of his own work, Martin also played many sessions with various artists including Johnny Cash, Elvis Costello, Billy Bragg, Carl Perkins, Kirsty Maccoll, Reg Meuross, John Hiatt, Garaint Watkins and Paul Carrack. He is a member of ‘My Darling Clementine’ with whom he has recorded 2 albums, the most recent being 2017’s award winning ‘Still Testifying’. In 2011 Graham Parker and The Rumour reunited to tour the US and the UK 3 times and Europe once and also recorded 2 new albums.

They are joined this year by Bob Collum. Originally from Oklahoma, Bob is a long time resident of the UK, having swapped the Midwest for Essex! With his band, The Welfare Mothers he is a popular fixture on the roots music scene and they have recorded several EP’s and LP’s.

Bob masterfully combines melodicism and rootsy twang.The result is as honest and refreshing a performer as has come down the dusty two lane highway in a very long time.

Expect to hear some original songs, country classics and obscurities, rocking rhythm and blues and lots of rockabilly favourites.