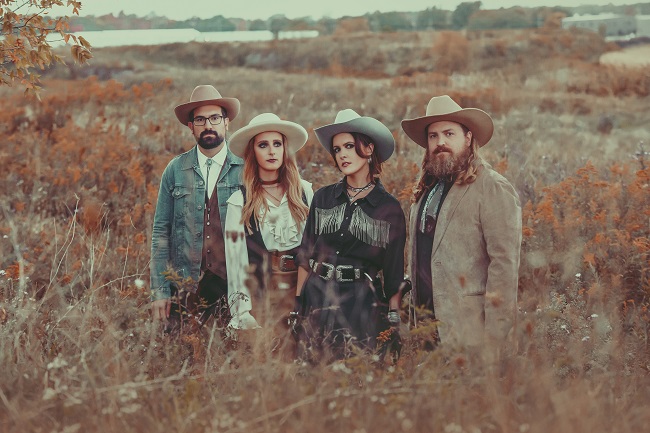 THE REDHILL VALLEYS is a four-piece Americana & Roots Rock group originally based out of Hamilton, Canada, where their grit and determination developed early on as an independent band. Their exciting sound is an amalgam of Rock, Americana, and Alternative Country, with powerful, earthy harmonies, rootsy guitar licks, and timeless lyrics. This Canadian band is carving their own path with an edge towards driving the evolution and resurgence of Americana back into mainstream music, with influences from Tom Petty and The Heartbreakers, Neil Young, The Band, and Fleetwood Mac.

Manchester singer songwriter Izzie Walsh has a unique sound that blends country, bluegrass, folk and Americana, Izzie Walsh has built an impressive organic fanbase over the last couple of years. Not only does she have two BCMA Awards and an Indie Week UK award under her belt, Izzie is also a former BBC Introducing Artist of the Week and has even performed on ITV’s Cold Feet. Izzie Walsh has performed across the UK and internationally, turning heads with her unique style and sound with Sold Out Shows at Manchester’s Deaf Institute and London’s Slaughtered Lamb. Her powerful vocals and honest lyrics captivate a range of audiences and makes a bold statement. Previous festival appearances include Bluedot, The Long Road, Buckle & Boots, AmericanaFest UK and SummerTyne Americana Festival.

“Look out for Izzie Walsh – a star in the making!” Jimmy Wagg : BBC Radio Manchester