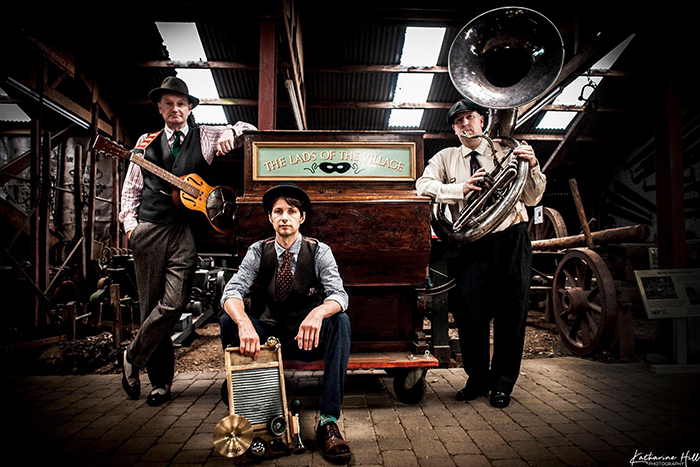 THE RIGMAROLLERS: The Rigmarollers emerged on the London folk & roots scene around 2019 in the midst of a new wave of interest in the pre-war music of America. Their busy performing schedule has found them in demand at venues and events throughout the country including performances for The Idler festival in London, many Blues & vintage festivals and even a floating theatre barge.
The Rigmarollers want to bring you along for a ride through the vintage sounds of America with deep Sousaphone Brass grooves, intricate string picking and virtuosic harmonica & washboard.
Their repertoire jumps effortlessly from original songs that feel like old classics to early Jazz, prohibition Jug Band numbers, rousing Gospel singalongs and foot-tappin harmonica grooves.