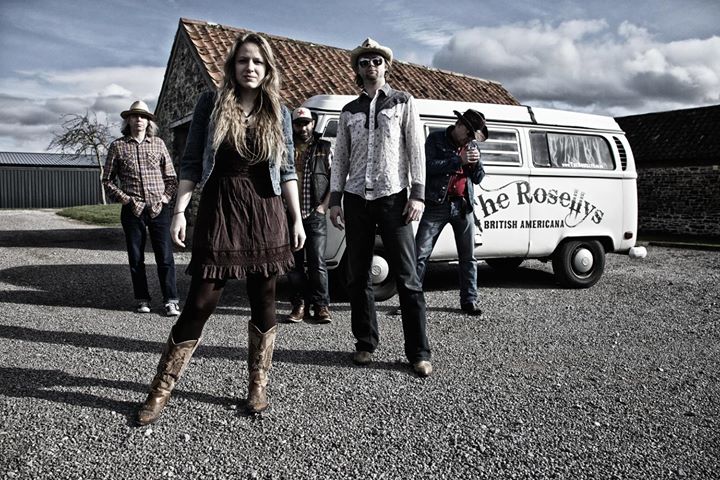 THE ROSELLYS are a five piece Americana band from Bristol signed to Clubhouse Records. Regular tours to America clearly influence their song writing and live performances with close comparisons made to artists such as Alison Krauss, Emmylou Harris, Gillian Welch and Dave Rawlings to name a few. The Band formed when Rebecca (guitar/vocals) met Simon (guitar/vocals/fiddle) in 2005. They have toured extensively across the UK, Australia and America – notably the Southern States where San Antonio, Texas has become their second home. Allan (pedal steel/accordian/dobro) joined the band in 2006 – recording on all of their albums to date including Drive Through The Night (2006), One Way St (2008), Two Much Like Trouble (2011) and The Granary Sessions (2015). Matt (bass) joined the band in 2015 followed by Andy (drums) creating a powerful Alt-Country sound.