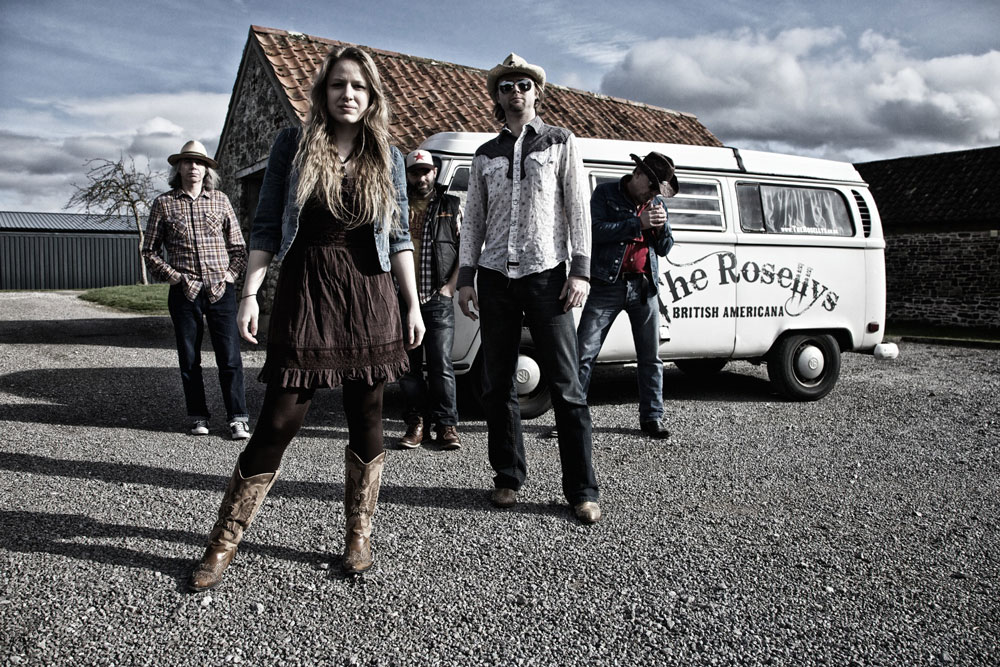 The Rosellys are a five piece Americana band based in Bristol. Regular tours to America clearly influence their song writing and live performances with close comparisons made to artists such as Alison Krauss, Emmylou Harris, Gillian Welch and Dave Rawlings to name a few.

Rebecca and Simon Rosellys have been part of the UK roots scene for a number of years, their live shows and two duo albums garnering deserved praise from musicians, critics and audiences alike. On September 7th The Rosellys will be releasing a new album, The Granary Sessions, on the UK independent label Clubhouse Records (Case Hardin, Redlands Palomino Company, Cale Tyson, amongst others). The album, recorded and co-produced in their home studio – ‘The Granary’ – by Alex Elton-Wall, lead singer, guitarist and songwriter of acclaimed UK alt country band Redlands Palomino Company, is their first full band release, taking the band to an exciting new level.

PEOPLE are an upcoming folk/bluegrass duo from Hampshire and Surrey. Joe Boon and Bryony Lewis, 18, having played music separately throughout their childhoods formed a duo in December 2014 with a mutual taste for Americana Folk and Bluegrass with influences from artists such as Gillian Welch & David Rawlings, The Milk Carton Kids and Punch Brothers.