The Turkish Makam: The sound of Istanbul 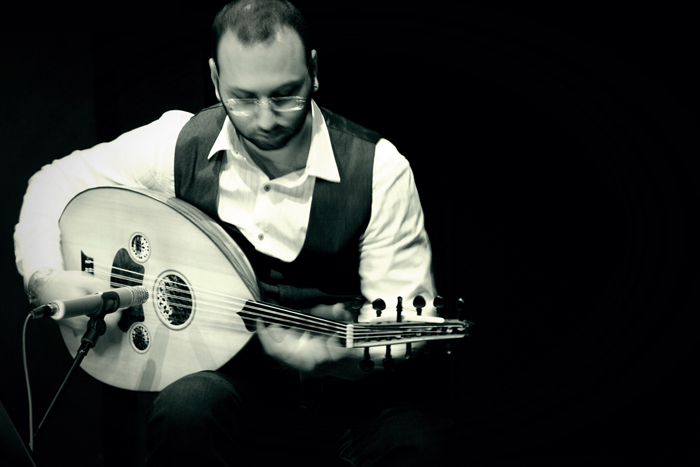 REBET ASKER PRESENTS: The Turkish Makam: The sound of Istanbul

Constantly evolving since the 13th century, the Turkish Makam has become one of the worlds’ great music traditions. With Istanbul as its centre, folk, religious and classical music forms of the city and nearby regions create an elaborate tapestry of sound colours. The Turkish makam has served equally folk music and dance, court audiences as well as Mevlevi ceremonies.

London based Oud player Baha Yetkin explores the endless diversity of the Makam and its uses.

Alexandros Koustas (Politiki Lyra)
Alexandros studied the violin and the viola at the Royal Academy of Music. He is the principal violist of the English National Ballet Philharmonic and he was recently appointed as a member of the Academy of St Martin in the Fields.
He has been studying the Turkish Makam for the past four years, focusing on the Klasik Kemençe. Alexandros has taken ethnomusicology classes at SOAS and regularly attends the “Labyrinth” music courses in Crete. He continues to study with Evgenios Voulgaris and Baha Yetkin. Alexandros recently had the opportunity to play the Kemençe in ENBs’ new production of Akram Khan Giselle with the ENB Philharmonic, in London and on tour.

Baha Yetkin, Oud
He began his musical career by taking lessons on rhythm and musical notes and theory in Turkish Classical Music in 2000 in Bogazici Turkish Music Foundation Conservatory. After he completed his education, he took part as an instructor and concert instrumentalist in various choirs. In later years he improved his musical skills by taking lessons from worldwide famous oud players like Mehmet Emin Bitmez, Yurdal Tokcan and Necati Çelik. Meanwhile he performed in concerts, both at home and overseas, with numerous famous musicians (Inci Cayirli, Mustafa Keser, Zeki Cetin etc.) and took part in various organizations (Shakespeare’s 7 Theater Play, Alamar Fest etc.). He has been giving Turkish style oud and Turkish Classical music theory&rhythm since 2004.

He moved to London on September 2015. He continues teaching and sharing his knowledge, experience, and technique with Turkish and non-Turkish students in several places in London since he arrived. He is the only Turkish style oud teacher and Turkish Classical Music Makam teacher in London.

Tickets: £7 at the door. Free for children up to 6 years old.