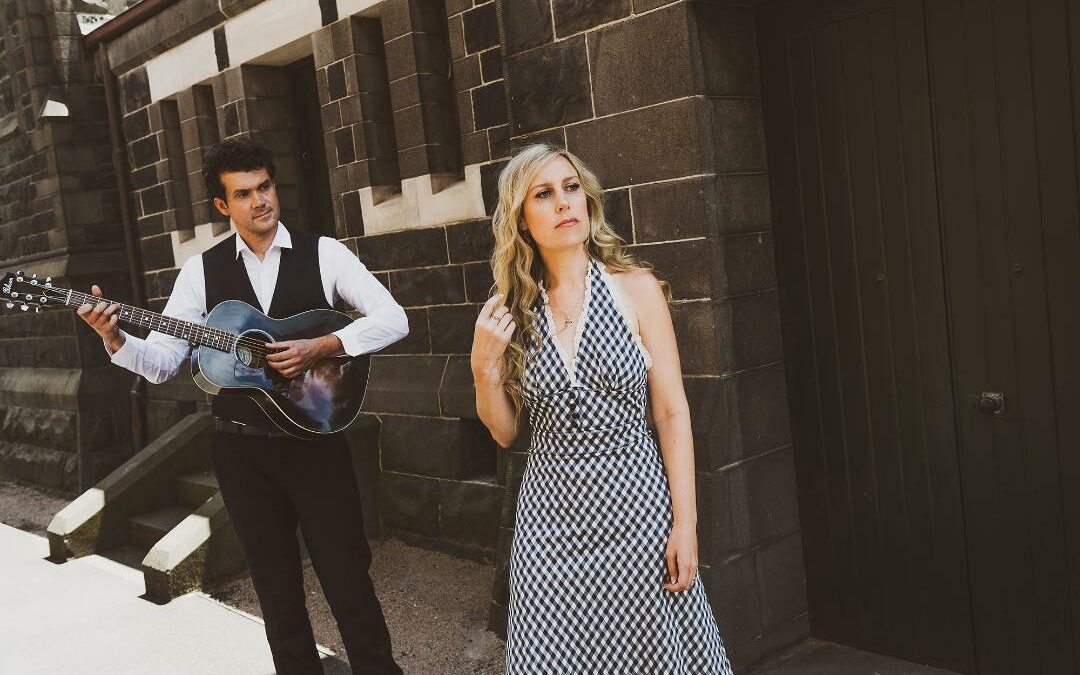 2021 CMAA ‘Golden Guitar’, Australian Folk Music and Music Victoria Award winners, THE WEEPING WILLOWS (Laura Coates and Andrew Wrigglesworth) are a couple of old souls, steeped in Bluegrass tradition and draped in Gothic Americana imagery.  They regale their audiences with stories of sunshine and romance, God and The Devil, murder and decay.  That kind of description might make them sound like some carefully contrived concept-act but there’s something truly different about The Weeping Willows: they really mean it…