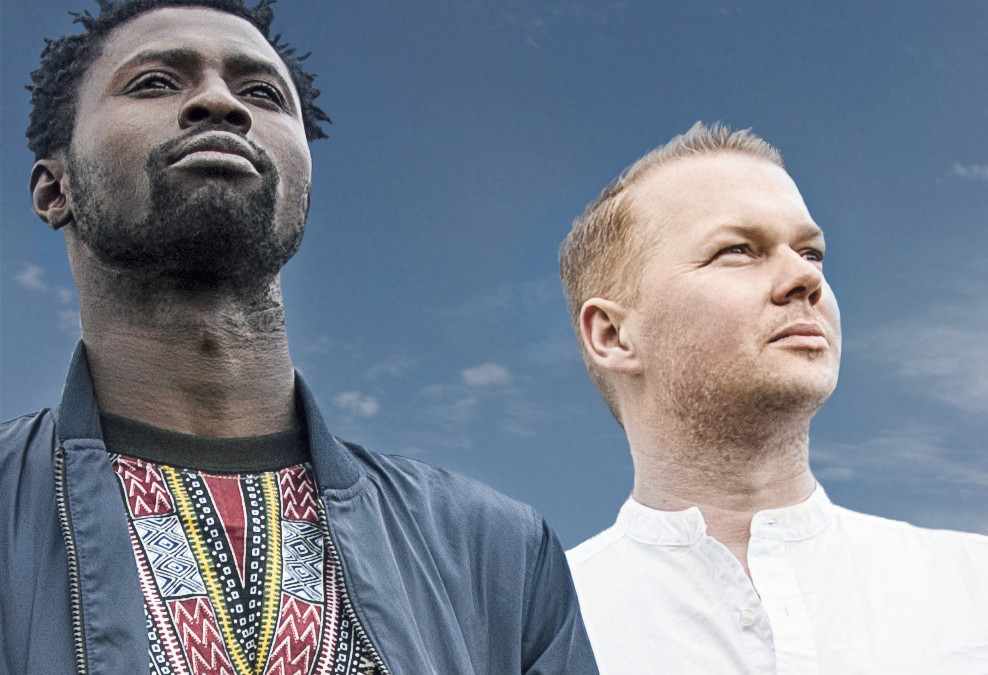 WEST AFRICAN BLUES PROJECT: Drinking Moroccan mint tea in a London’s Moroccan café is not guaranteed to result in the creation and production of a world-class West African blues album, unless you happen to be Modou Touré and Ramon Goose. In which case, drinking mint tea goes to a whole new level: The West African Blues Project.
The West African Blues Project is a new collaboration between Senegalese vocalist Modou Touré and Brit blues maestro Ramon Goose that came together relatively effortlessly.
In Ramon’s own words: ‘I was struck by Modou as a very quiet, humble and polite young man, yet when he is on stage – he’s the opposite! At our first meeting I played him some of my musical ideas; we both laughed as he instantly felt at home and started singing some wonderful ideas to the music I had come up with.’
Touré’s vocals glide effortlessly over Ramon’s masterfully placed guitar blues riffs in the outstanding track We Walk in the Sahara, in which Touré’s vocals transport one into and over the vast and ever-changing dune landscape of the Saharan desert, in which one wrong turn could be fatal.