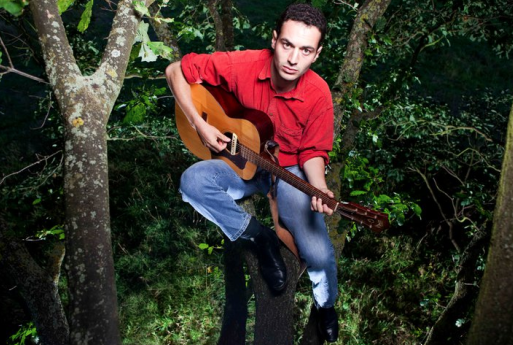 A leading figure in the vibrant East London folk music scene, THEO BARD is a skilled lyricist and multi-instrumentalist (guitar, violin, bass), with sharp lyrics and a deft ear for melody. His songs celebrate love, friendships and good times, always delivered in the direct and frank narrative style that marks him out as an exceptional songwriter. He’s also the man behind the legendary Woodburner Music, a regular folk event that attracts 100s of revellers each week to its summer season at Dalston Eastern Curve Garden, hosting performances by the likes of Johnny Flynn and Nick Mulvey, Woodburner has also hosted events and stages at the Southbank Centre and Wilderness Festival. 2015 has been a busy year for Theo, beginning with a European tour and carrying into summer with appearances at Glastonbury, Wilderness and Camp Bestival..

“… on the cusp of very good things” – The Guardian

COLEY GARRATT’s soulful take on alt-folk has won him praise from all quarters- a slot at the Green Man festival was quickly followed with radio support from Tom Robinson on 6 Music and Gary Crowley on GLR amongst others. His perfectly constructed, poignant songs are given delicate, economic support by his excellent band.

‘…songs with melody, songs with soul and most importantly, in an age of instant gratification, songs that linger’ The Green Man.

‘A cut above the normal..songs that are crisp, sharp and beautifully put together’ Americana UK.