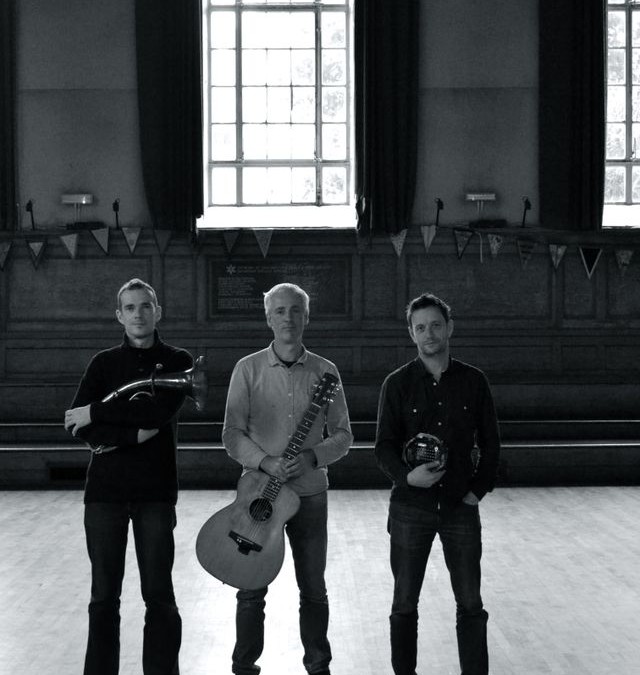 ‘Snapshots of music that sound like they’ve been drawn from nature. A warming cinematic landscape, a magical journey. Rewarding listening indeed’ (Songlines)

Spellbinding multi-instrumental trio Three Cane Whale combine the influences of folk, minimalism, classical and film music to produce something “fascinating, remarkable and impressively original” (The Guardian), in which “the aroma of muddy leaves and old nettles is almost tangible”(The Observer).

Second album Holts and Hovers (Fieldnotes Records, 2013) was recorded in 20 different locations in Dorset, Wales, London, Somerset and Bristol, including churches and chapels, kitchens and hilltops, a greenwood barn and an allotment shed, the top of a Welsh waterfall and the underside of a Bristol flyover. It was fRoots Editor’s Choice Album Of The Year 2013, and chosen by The Observer as “one of the hidden gems of 2013”. Tracks from Holts and Hovers have featured on BBC2’s Springwatch and BBC1’s The One Show.