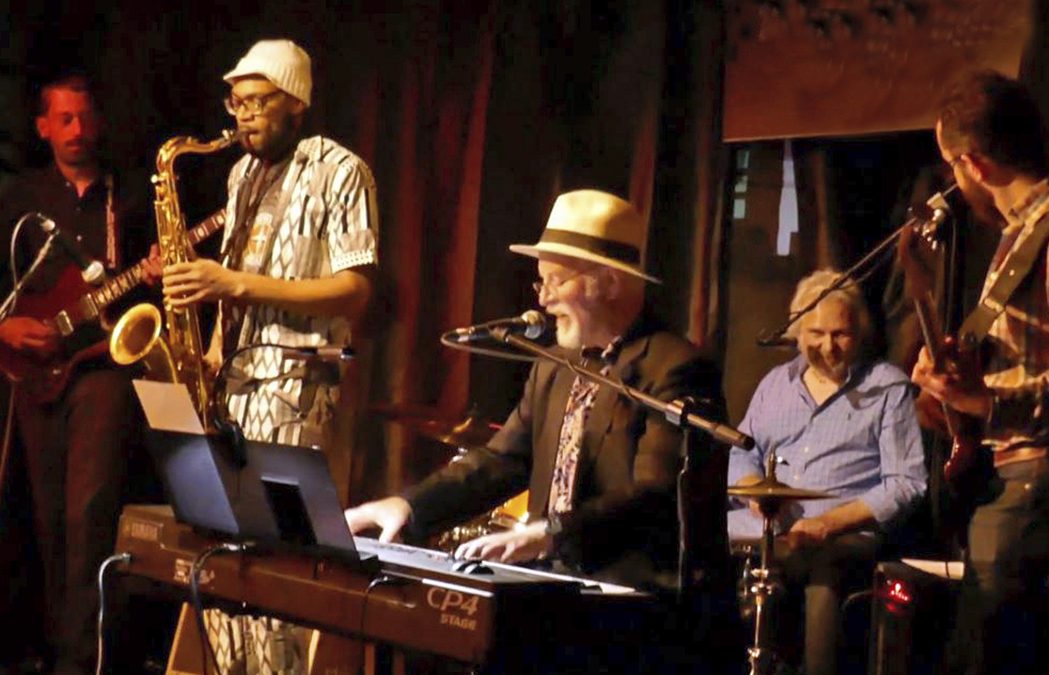 TIM PENN & THE SECOND LINE: Over the last few years, Tim Penn and The Second Line have firmly established their reputation as one of the top New Orleans R&B outfits in London, regularly gigging at top London clubs and bars such as Nightjar in Old Street, Upstairs at Ronnie Scott’s (7 consecutive sold-out shows), The Bull’s Head in Barnes, and Pizza Express Soho.  If you like Fats Domino, Professor Longhair, Dr John, Allen Toussaint, The Neville Brothers, mixed in with a nod to Ray Charles and Tom Waits and an occasional bit of old school Jelly Roll Morton –  then this is one band you won’t want to miss.

Tim Penn is of course no stranger to The Green Note, having played The Green Note Basement Bar regularly ever since it opened in 2014, along with Second Line guitarist, Chris Proctor. Going back to the 1970s, he played with the legendary Dorris Henderson’s Eclection and also in the Kevin Coyne band alongside Andy Summers (The Police) and Gordon Smith (Described by John Peel as ” The foremost white Blues guitarist in the world “).  These days, as well as leading The Second Line, he can also be found playing with The Cadillac Kings (“The U.K.’s finest purveyors of blues & swing” Blues in Britain Magazine).

“These guys are amazing!! Their popularity and presence grow with each gig they do for us. Not surprising with the exceptional level of talent, commitment and all round positive energy they bring to every performance”  The Ram Jam Club at The Grey Horse, Kingston

“Right from the outset, the album sounds like it was recorded at a different time, sometime in the past when music was music. The band immediately sounds great, authentic, and punchy.”
Dale Storr (Top UK New Orleans piano player), reviewing “It Is What It Is, We Are What We Are” – the band’s self-produced CD from 2017