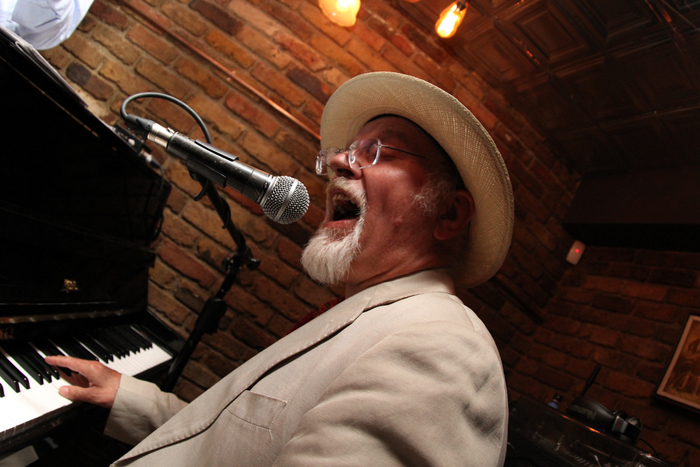 Veteran pianist Tim Penn is one of the most popular musicians on the roots & blues scene in London. Going back to the 1970s, he was a member of Dorris Henderson’s Eclection and also the Kevin Coyne band alongside Andy Summers (The Police) and Gordon Smith (Described by John Peel as ” The foremost white Blues guitarist in the world “). His influences range from stride and barrelhouse piano styles of the 1920s, through to the great New Orleans piano players like Professor Longhair, Fats Domino, and Dr John and James Booker, whilst taking in a little bit of Soul-Jazz, Gospel, and his own songs and instrumentals. Currently, Tim also holds down the piano chair with the UK premier swing-blues band, The Cadillac Kings.

Aiding him in creating a tasty musical gumbo, Chris Proctor on guitar constantly switches from playing bass lines that underpin Tim’s piano through to delicate fills and blistering solos.  Together they have played as a duo down at the Green Note Basement since it started in 2014, and never fail to delight an audience with their almost uncanny understanding of each other’s music making.