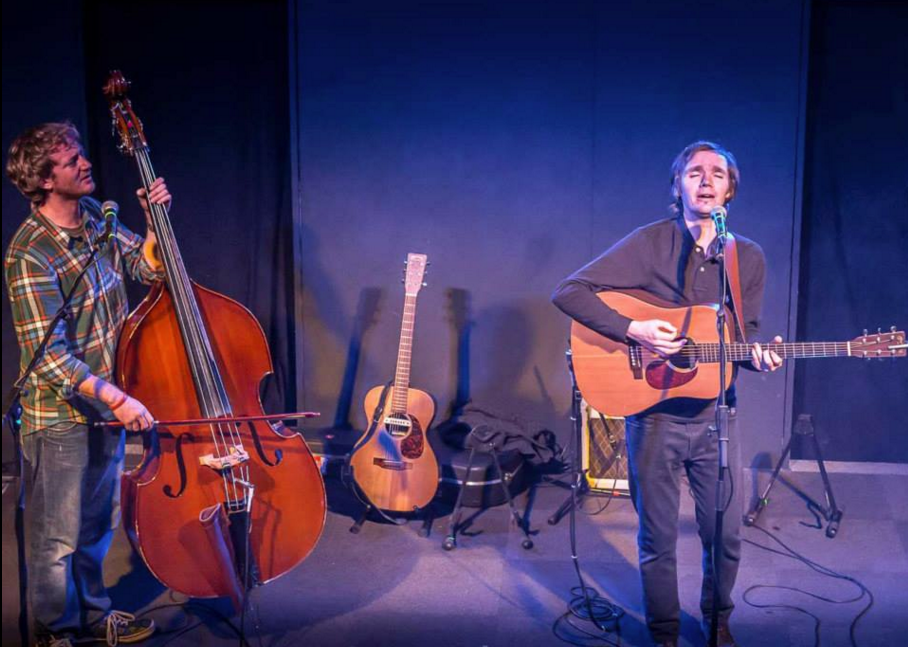 Blessed with a wonderfully emotive voice and a talent for songwriting that ranges from the intimate to the epic, TOBIAS BEN JACOB played in ‘The Roots Union’ alongside Phillip Henry & Hannah Martin (winners of Best Duo at the BBC Folk Awards.) Some career highlights to date have included a session for BBC’s ‘Late Junction’ on Radio 3, sharing the stage with Fleet Foxes J.Tillman, and appearances at Glastonbury, Green Man, Secret Garden Party, Larmer Tree and Electric Picnic. Upright bass player LUKAS DRINKWATER has been a touring band member with both Emily Barker and Seth Lakeman , and is in heavy demand as a recording session musician. Rock’n’Reel magazine describe their sound together as ‘inventive and thrilling’, R2 magazine have recently included them on their covermount cd, and the duo have been featured on Tom Robinson’s 6Music show and Mark Radcliffe’s BBC Radio 2 folk show.

GABRIEL MORENO is a Gibraltarian poet and singer songwriter who has been performing for the past 20 years in Gibrlatar, Peru, Italy, Spain, USA and the United Kingdom. His folk songs are both poetic and political, mining the same rich seams as Leonard Cohen, Fabrizio D’Andre and Georges Brassens. In 2015 he joined up with The Quivering Poets, Basha Bartz, Pablo Campos, Pablo Yupton, Adam Beattie and Sergio Contreras to create a wonderful new alt-folk band that push his poetry and song to new musical boundaries. Gabriel also hosts the legendary folk institution ‘The Lantern Society’, running for the last ten years at London’s Betsey Trotwood venue.